what i read in august 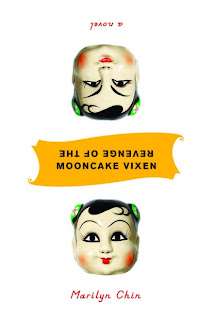 Today at lunch I meant to read some more of The Thin Man, which I’m finding funnier and less sexist than Raymond Chandler, but still strangely hard to get through. So more about that next month, when I actually finish it. What I read instead was an L.A. Weekly story about women who are supporting their families by becoming prostitutes. It was basically the journalistic version of the Jennifer Love Hewitt Lifetime Original Movie The Client List, which, yes, I saw. Prurient is my middle name. Not as catchy as Love, so if I ever decide to whore myself, I’ll need to come up with something new.

Anyway, here’s what I read in August.

Truth and Consequences by Alison Lurie: The two couples at the center of this book can be divided along various lines: sick vs. healthy, caretaker vs. caregetter, artist vs. administrator. Lurie takes a long hard look at all these roles and, with expert character-crafting ability, shows how someone like superstar writer Delia Delaney can be rightly seen as an egotistical manipulative bitch or as a chronically ill genius who's survived by making the world work for her. So many books about artists and academics strike me as unimaginative authorial navel-gazing, but Lurie pulls no punches and delivers beautiful (if maybe a little obvious) extended metaphors about ruins and reconstruction. Who knew that a book about middle-aged married people could be such a page-turner?

Revenge of the Mooncake Vixen by Marilyn Chin: Moonie and Mei Ling Wong are the modern day heroines of Chin's riffs on ancient Chinese folklore and (to a subtler extent) immigrant coming-of-age novels. They're overachievers who chafe under their cleaver-wielding grandmother's rule, but Moonie has a few cleaver-esque revenge fantasies of her own, and Mei Ling never met a boy she didn't want to sleep with, even as she teaches post-colonial feminist lit by day. They're both tricksters and tricked; their personalities and timelines morph to fit Chin's wide range of irreverent, sometimes violent, sometimes simultaneously hilarious tales. As a novel-lover, I often craved more narrative and had a hard time finishing the book, but I loved the language (as sharp and clever and weird as Chin's poetry) at every step of the way.

The Amazing Adventures of Kavalier and Clay by Michael Chabon: I had a mild beef with Michael Chabon based on a glib GQ article I vaguely remembered him writing, or maybe it was the fact that he's part of a cabal of hip white male writers influenced by comic books. But I'm glad I set the hype and my reaction to it aside. This book is great--full of charm and mystery and genuine adventure. The comic book-writing cousins of the title live out the stories they create in obvious and not-so-obvious ways. The book opens with Joe Kavalier trying to rescue the Golem of Prague (a clay being brought to life when the word "truth" is inscribed on its forehead) and ends with its two protagonists--deadened by the war, antisemitism and homophobia that mark their era--rescuing themselves with the truth.

The Testosterone Files by Max Wolf Valerio: Valerio writes about testosterone with the fervor of a new convert (which he is, documenting his transition from biologically female to male)--although, interestingly, he also reminded me of a pregnant woman in that he's an adult whose life is turned happily upside down by hormones and he gets a little obsessed. At times he seems quick to chalk everything up to testosterone: energy, clarity, aggression! But his honesty as a witness to both sides of the gender divide is undeniable, and as such this book is a huge page-turner.

Secondarily, it's also a reckoning with lesbian feminism, the movement that arguably paved the way for the trans movement, but which also scarred him with its rigidity and anti-maleness. This may be because, as he suggests, he was really a man, but I suspect that many women, including many lesbians, also eventually felt constrained. That's kind of the nature of radical movements. As an armchair ethnography, this book aroused some skepticism in me, but as a memoir, I found it fun, tender and bold.