sometimes the creek effing rises, or what i read in march 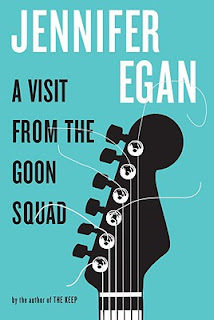 If the Creek Don’t Rise by Rita Williams: Rita Williams' aunt Daisy is a hard character to like and, initially, a hard character to understand. The back of the book makes it sound like she's a classic striver who pushes the niece she's stuck raising to be the same. But she's also an unrefined country woman who cuts Rita down at every turn, calling her the N-word even more often than Rita's racist white classmates. As Rita struggles to make sense of Daisy's contradictions, so does the reader, and eventually we both see that Daisy--whose life of suffering has left her battered but not broken--could be no other way. Literature is full of stories of triumph over adversity; this is a refreshing and intense story of how a difficult past haunts even the strongest survivors.

Tallgrass by Sandra Dallas: This book suffers a little from Dr. Quinn Medicine Woman syndrome in that the main characters are miraculously free of the prejudices that mark their time. In this case, the Strouds are one of the only families in their rural Colorado town not to mind an influx of Japanese American detainees during World War II. In general, the characters tend to run all good (Strouds and Japanese) or all bad (the town's rapists, bigots and abusers--and there's at least one murderer on the loose). But it's still a well-plotted novel and a good depiction of home-front stresses, of which there are many.

A Visit from the Goon Squad by Jennifer Egan: The first piece in this collection of connected stories could be one of those cryptic, slightly-too-quirky slices of life that are a little too prevalent in the genre, in my opinion. But what follows is proof that Jennifer Egan is after something real and deep: an intricately woven series of portraits (largely of people involved in the music industry) painted from different angles in different styles. Short, long, realistic, absurd, futuristic or story-as-PowerPoint-"slide journal." All this experimentation does not detract from the soulful, melancholy heart of the book. Time is a goon--it can chip away at your ability to love, your ability to engage with the world--but happiness can lurk in unexpected places, from a desert forest of solar panels or a sneakily marketing-driven outdoor concert. Sasha, whose mildly autistic son obsessively charts the pauses in rock songs, explains their importance: "The pause makes you think the song will end. And then the song isn't really over, so you're relieved. But then the song does actually end, because every song ends, obviously, and THAT. TIME. THE. END. IS. FOR. REAL."

You might qualify for a new government sponsored solar energy rebate program.
Click here and find out if you qualify now!