my new time suck, or: participating in the post-textual culture 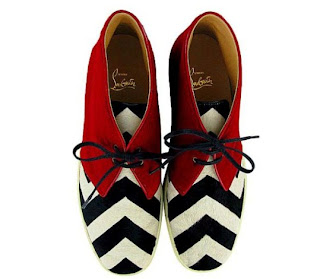 My new time suck is not actually new, just new to me. There was a long New Yorker article about it a couple of years ago, and for all its thoroughness, the New Yorker doesn’t really catch things at the very beginning of their ascent. I think they accurately described Polyvore as “paper dolls for grownups.” At the time I thought, Wow, I should make sure to never try that out because it could be a huge time suck.

The site lets you create “sets”—fashion or design collages a la magazine spreads but without words as more than an accent or placeholder. (See where our world is headed! Aaaaah!) You can choose from the site’s vast catalog of dresses, outerwear, tops, pants, skirts, accessories, jewelry and visual embellishments, or you can upload your own stuff, but I haven’t bothered with that. Yet.

Since Friday I’ve made like a dozen of these things. I wanted to limit myself to two a day, but so far that hasn’t happened. I’ll set some boundaries…tomorrow. In the meantime, it is a really fun sort of mood board/poem-collage/visual diary, that by its nature makes whatever one might say in one’s actual diary (Dear diary, Why am I still all PTSD-y a year out, and why am I such a bitch to AK sometimes?) look much cooler. On Friday I decided to imagine what one of the characters in my circus novel might wear in particular scene. Yesterday I was feeling blue, so I made a set titled “the great depression was totally emo,” riffing on vintage dress patterns from the 1930s.

I also entered some contest to design a set featuring Converse sneakers and some semi-unattractive hoodies from Lady Foot Locker. I called it “love keeps going.” I’m not sure why.

Every time I’m playing around with it AK is like, “Are you getting Pintrested again?”

But I’m not on Pintrest (yet). I sort of like Polyvore because even though thousands of teenagers from, like, Belgium and Japan are all over it, no one I know is (p)intrested in it all. It’s just me and nine hundred pairs of shoes and none of the things I should be doing instead.

I don't mind acknowledging or even prioritizing the things that constitute my own time suck, but it sure does decrease my level of foc - whoa! Lookit those shoes! And THOSE shoes!
(gay man's version of "Squirrel!" perhaps?)

We are living in a shoe/squirrel universe. :-)