Showing posts from February, 2013
Show all

dreaming off the grid 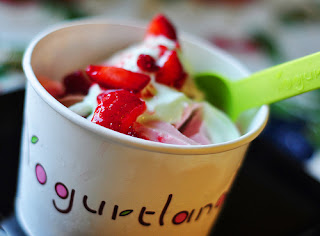 1. faith nice smart love I hadn’t seen my mentee , Daniela , since June. On Sunday texted me: “headin to la tomorrow cuz I got court the next day I be so happy to see yuh and unfortunately Jasmine [her year-old daughter] won’t be able to go.” I met her at a Yogurtland in the shiny mixed-use complex near the Red Line station. She was beautiful as always, cat eyes made cattier by Amy Winehouse eyeliner. Her hair was nearly black, like her clothes, but she could never really be goth. There would always be a part of her that seemed like she was dressed in bright pink. The stud above her upper lip sparkled. I had told her—via text, our main method of communication between her visits from Palmdale—that I’d been diagnosed with an early stage of breast cancer. That things were hard, but okay. That I’d had surgery and started chemo. Just the facts, ma’am. I knew she knew what cancer was, and I knew she cared about me. But somehow I’d thought she didn’t really know I was sick. My
8 comments
Read more

bready dreamin’ on such a winter’s day 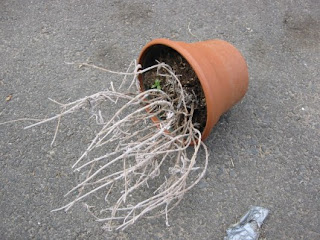 I’ve been doing this thing where I fast for forty-eight hours before chemo and another twenty-four hours after chemo. Bear with me, here. As I mentioned in previous posts, I’m open to alternative medicine, when it’s not an either-or kind of thing—so, not an alternative but an additive. I am not open to the conspiracy-theory-laden remedies suggested by the most recent self-appointed oncologist to cross my path, the acupuncturist across the hall from me. In addition to those damn alkaline foods, he talked about something called cesium that he actually referred to as a “magic bullet,” and sent me to the FAQ section of a website called cancercoverup.com . “Don’t be put off by the name,” he said. But is it okay to be put off by FAQ #5? “Why should I believe you? Weren’t you convicted of fraud?” Anyway, no one involved in the ACTUAL MEDICAL STUDIES about fasting has been convicted of fraud. The theory is this: Healthy cells rally under a bit of stress, such as short stints o
5 comments
Read more 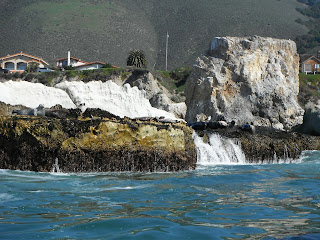 1. you always hurt the ones you love Friday night my dad called to say hi, and I mentioned something in passing about fearing a recurrence of cancer. Although I’m prone to medical anxiety, I think it’s safe to say that every person who’s had cancer and who thinks about the future wonders if that future will include cancer. But my dad took this as his cue to launch into a pseudo-scientific list of reasons why I would live to be 112. It’s what he needs to tell himself—and I get it, because a lot of the time it’s what I need to tell myself too, and sometimes it’s what I need him to tell me—but I wish he would admit it’s part of assuaging his own worry. Instead, he says things like, “I’m concerned you don’t have a realistic picture of your prognosis.” We had a calm, if lengthy, conversation about managing anxiety; at one point I said, “I know you hate emotions,” and he was like, “I do! I do hate emotions!” And then I hung up and felt too tired to clean the house or pack for our tr
8 comments
Read more

our strange addictions: tales from a family of battle-losers and fingernail-keepers 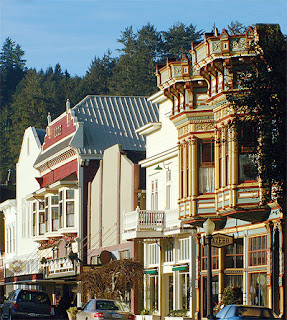 1. then For most of my childhood, my Aunt Vanessa lived in Ferndale, a charming Victorian town in Humboldt County. It was damp and everything there smelled like mold, but in a comforting sort of way. At the center of town was an old-timey general store called the Mercantile. Downstairs you could buy jeans or cowboy boots. Upstairs was a museum where you could see the tiny satin slippers of Chinese women with bound feet. On an unreachable mezzanine was a display of antique rocking horses with tangled hair and haunted eyes. When Cathy and I rented The Ring in the haunted days after my mom died, we looked at each other when a lonely rocking horse appeared in a barn loft onscreen and said, “The Mercantile.” How did the filmmakers know? There was a Mexican restaurant called, for some reason, the Ivanhoe. The upstairs was roped off because there’d been a fire. This idea—of a place half occupied, half ruined—delighted me and found its way into Lilac Mines. Ferndale: adorable, a liiiii
4 comments
Read more

chicken adobo, or: everyone’s an oncologist 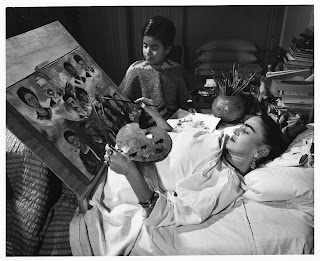 1. at least frida kahlo had awesome hair This morning at Starbucks an unassuming, middle-aged man came up to me and said he was gathering signatures for a new strip mall down the street. At first I was all skeptical and Occupy-ish, but then he said he was hiring a local architect, and I figured that local poor folks could benefit more from a 7-Eleven and a Chipotle than from a fifth record store or a seventeenth art gallery. So I signed. He said he liked my Frida Kahlo day planner. I bought it because I wanted a daily reminder that people who spend a lot of time in hospitals can be fierce and glorious. He said he liked my hat , the one Keely made. This is what people did in hospitals before iPads. “Thanks,” I said. “A friend made it for me.” “I have a friend who makes hats like that too,” he said. “Only she does it for chemo patients.” “Well, that’s me right now.” “Oh. Well, you look really healthy and vibrant.” (When people say this, I think what they’re s
6 comments
Read more
More posts