Showing posts from September, 2017
Show all

imposter syndrome and the second coming of fred savage 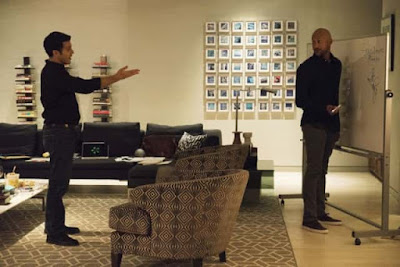 Last night AK and I binge-watched the first three episodes of Friends from College , a Netflix comedy starring Keegan-Michael Key, Fred Savage, and Annie Parisse as, well, friends from college whose lives get re-intertwined when they all end up in New York. Keegan-Michael Key is Ethan, a literary novelist in search of commercial success. Fred Savage is his agent. Annie Parisse is the woman he’s been casually hooking up with on out-of-town visits for twenty years, despite being married to another college friend, Lisa (Cobie Smulders). The show is clever and real, despite some loopy plotlines (replacing a dead bunny, writing while high, etc.). I enjoyed many literal lols, like when the group tries to figure out whether Marianne’s (Jae Suh Park) experimental, cross-gender production of Streetcar has started or not. Having a creative crisis in a very spacious apartment. I also paused the show a handful of times to nervously ask AK things like “Do you think I’ll ever publish anothe
4 comments
Read more
More posts