Showing posts from February, 2016
Show all

trump: making schwarzenegger seem like the good old days when we made smart decisions 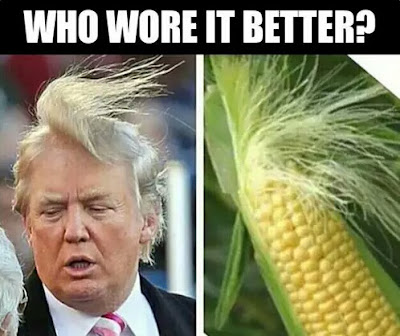 Scene: Int. car, night. CHERYL is driving. AK is in the passenger seat; her phone emits a white glow. In the back seat, DASH sleeps. AK: I read an article--where did it go? I can't seem to find it now. Anyway, it said that there's this statistical model that has accurately predicted every election except for 1960, which some people thought was rigged. And it's saying there's a 99 percent chance Trump is going to be elected. I don't know if that's true, but for the first time I feel really scared. CHERYL: Yeah, I just felt a sinking feeling in my stomach when you said that. Is it Nate Silver? AK: No, it's a statistical model. Supposedly Nate Silver has been wrong about a bunch of things lately. CHERYL: I feel like if the model were that accurate we would have heard about it. We'd just predict every election that way. But yeah, I get your point.  How about corn for president? I could get behind corn. AK: Sometimes I think, "So what, it&
Post a Comment
Read more 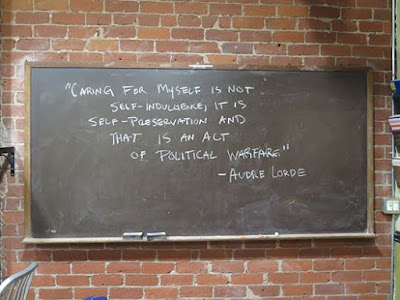 1. radical self-care A couple of weeks ago, I attended Poets & Writers’ annual Workshop Leaders Retreat, a long, beautiful exhale where I was surrounded by people who speak the same language as me. Also there were sandwiches. Most of the attendees lead writing workshops for people with trauma histories: veterans, sexual abuse survivors, kids in juvie. I’m not leading workshops for anyone these days, so arguably I was an imposter, but whatever. The topic of the day was Radical Self-Care. So what did all these teachers do to care for themselves in the midst of such harrowing stories? Just in case you thought Oprah or the Yankee Candle Company invented self-care.... Me with radical caretaker (and amazing poet) Cathy Che. One woman, upon leaving the juvenile hall where she taught, would wash her hands, get in her car and say out loud: “What’s mine is mine. What’s yours is yours.” Another brushed herself from head to toe. Another took long showers with arom
3 comments
Read more
More posts