Moogle! began the post in a NELA mom’s group I periodically dip into. Since leaving Parenting for Social Justice and sort of burning out on Facebook groups, I haven’t been super active in any. But a few embers remain, and sometimes the mighty algorithm tosses a match.

My husband and I have been trying to find the right neighborhood to move to to raise our son, but we haven’t found a place in our price range that meets our criteria. 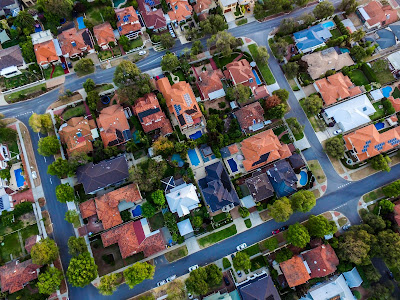 Her price range was up to a million, which in LA will get you a house that would play a poor person’s house on TV, but still. A million bucks. Her wishlist followed: walkability, lots of trees, safety, “a strong school district with good public schools that will nurture our son’s upbringing,” and my personal favorite: “Our son will grow up with a peer group that is motivated to learn, open minded and driven; the culture also scores low on materialism and sense of entitlement.”

Bitch, I grew up in the neighborhood you’re describing, and good luck avoiding entitlement. All my motivated and driven peers (not to be confused with my actual friends) run hedge funds now; sometimes they cut checks to the nonprofits I work for. Or they live in the beach homes they inherited from their parents and start motivational Instagram accounts. They’re often very nice people. I’m sure you are too. (I think she really is; after some back-and-forth in the comments section, we ended with a conciliatory exchange about yoga.)

But pro tip: Don’t use the future verb tense to talk about how you eschew entitlement. Because what’s more entitled than talking about your own amazing future as if it’s a guarantee?

2. getting their berkeley on

Tuesday night, AK sees therapy patients; I usually get texts from her in the ten-minute gaps between clients. This past Tuesday, I didn’t, and by 10:15, I started to call and worry. Finally she replied: Crazy meeting at work. I’ll tell you about it. Students are pissed.

The art college where she works is none of the things you’d think an art college would be. Students are quiet and hardworking and more interested in getting jobs in automotive design than in activism. 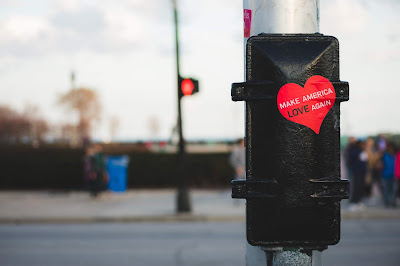 But the zeitgeist has shifted and so have the job and housing markets. Tuesday night’s diversity committee meeting took a turn when students started testifying about incidents of racism, sexual assault, and homelessness on campus. All are terrible, but the latter hit me the hardest, maybe because it seems like things are getting worse housing-wise rather than bumpily better.

One student posted a short YouTube interview with a homeless student, who gave a tour of the locker room in which he stashed his belongings--a backpack, a paper bag, and a small box of supplies.

The school has no student housing, steep tuition, and coursework that makes it nearly impossible to have a job and study at the same time.

Students said they wouldn’t leave until something shifted. Administrators agreed to let homeless students sleep on campus that night. AK came home, grabbed our air mattress, and drove back to school.

3. the girls next door

Dash met them on the sidewalk outside our house: a six-year-old I’ll call Jasmine and a two-year-old I’ll call Juanita. He’d encountered some kids from the building on the other side of us a couple of times, but they were older and seemed to be gently making fun of him; my heart cracked a little bit, and the friendship didn’t stick.

Jasmine and Juanita were a different story, though. Before we knew it, they were sharing sidewalk chalk. Then they were running loops through our house, backyard, and driveway. I sort of waved to their dad to let him know they were there, and that it was fine. Dash was so excited that he launched into a mansplainy show-and-tell: Hey you guys, I have a construction truck! Want to see my paints? This is my trampoline!

I texted the IWC: This is kind of my old-timey-neighborhood community dream, kind of my no-boundaries college dorm nightmare.

They kept coming over, and thank god they were sweet and funny and generally better behaved than Dash. I still hadn’t met their parents beyond a few waves and nods. I mentioned something about wanting to, and Jasmine said, “Do you speak both?” She was school-age and fluent in English. “My baby,” as she referred to Juanita, spoke mostly Spanish.

She also told me, “My dad doesn’t mind us coming over, but my mom doesn’t like it.” 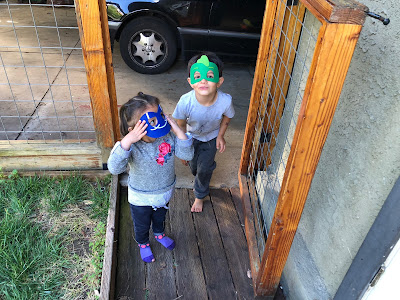 Eventually, AK exchanged enough words with their mom to determine it was more of the first, not the latter (that we know of). She confirmed that their apartment was very clean and very small.

They’ve invited Dash over, and one time he and AK hung around their place for a few minutes, but mostly they’ve played at our place. I find the whole scenario taking up a lot of space in my brain, not just my living room.

Some of it is just growing-up stuff. At irregular intervals since he was a baby, I’ve been spun around like a cartoon character upon realizing he’s entered a new phase. Wait, what, you have teeth now? It’s a big and surprising (and not surprising) deal, this ability to make friends on his own. Also not surprisingly, I’m a little wistful that AK and I are no longer the people he wants to hang out with most--I also got my first “Mommy, I don’t like you” the other day, and honestly in that moment I didn’t like me either--and I am grateful for the breathing room. Parenting is both more temporary and more permanent than I could have realized.

But there are other low-grade anxieties that are more particular. A best practice in #Merica, when your child visits a new home on their own, is to ask if there are any guns in the home. This would be an incredibly awkward conversation to have with an English speaker in my exact socioeconomic bracket, and exponentially harder to have in Spanish, when my vocabulary and ability to communicate nuance is just slightly below Juanita’s.

I don’t want their mom to think that I think that they are the type of family to have guns. They seem like they’re not! Then again, neither did my aunt, but when I visited her farm a couple of years ago and Dash wandered into her bedroom, she said, “Oh, let me make sure I put my gun away,” and my heart stopped beating for like three days.

With their tidy apartment in mind, I’ve felt surges of shame every time Dash doesn’t put a toy away and Jasmine does. “Dash, you don’t have to just throw that on the floor,” she said the other day, when he flung a monkey costume two feet from his costume box. I am trying to learn some firmer parenting from Jasmine’s mother, using Jasmine as a proxy.

I am also trying to push past the awkwardness of our comparative privilege to remember that privilege is something to leverage and share rather than hide. I did almost nothing to earn my current living situation, so it feels like literally the least I can do to open up our home and our postage-stamp backyard to kids who don’t have a backyard. They have plenty: two parents who seem kind and attentive, a chill older brother, clean cute clothes, toys, two cars--I don’t want to fall into the trap of thinking that a small apartment and lack of English equals “underprivileged.” Honestly, in the current housing market and with three kids, they could be pulling six figures and not be able to afford a backyard. Or they could be making $40,000 between them and still be privileged by many non-material measures.

All this speculation rattling around in my brain seems gossipy and precious. I remember how curious my parents always were about what my friends’ parents did for a living. My response was essentially: Don’t you see that you’re boring adults and the kids are the main characters in this story?

It would be as fair as anything if the government seized everyone’s land and redistributed all the wealth, although historically that hasn’t gone well. I’m more and more confident that end-stage capitalism is serving most of us poorly and is literally killing others. My family and our neighbors are at different parts of the middle of the 99 percent.

My coworker, who has older kids, smiled when I told her about Jasmine and Juanita and said, “I’m so happy for you. These kinds of friendships last a lifetime.” I hope she’s right. But she lives in Laurel Canyon, and her kids were born in a different housing market.

I hope Jasmine and Juanita’s family isn’t contemplating a move to the Antelope Valley. But why wouldn’t they? 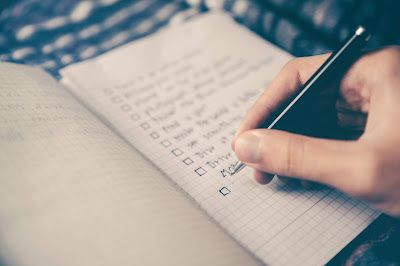 My reply to the Moogle mom was: I hope you’re thinking not just about neighborhoods that check boxes on your wishlist, but also about what you’ll be bringing to your community.

I often don’t do much more than think, and thoughts and prayers are cheap. Backyards are not.

Dash is crushing so hard on Jasmine and Juanita that on Tuesday night, when we took a breath between play dates, he just stood on the sidewalk looking at their house, like a sad kid version of the Tethered family in Us.

These boxes have been checked on my own wishlist: nice kids my kid can play with, positive relationships with my neighbors. They pile blankets on boogie boards in the backyard. They fight gently over Magna-Tiles. They chase after our beleaguered cats yelling, “Gato!” Dash has already picked up Jasmine’s habit of saying, “Juanita, ven! Juanita, mira!”

Growing up in Manhattan Beach, there are things I didn’t know I needed, and I think that’s the real meaning of community: an openness to life outside your wishlist, a willingness to pause and look up.
No comments: