rain, confidence and other things i’m not amazing at

1. not so much a litquake but a lit-tremor

We left the West Oakland BART station at a reasonable time. It was raining lightly. I reviewed what I was going to read that night as the train rumbled beneath the bay. AK made sure the brakes were set on Dash’s stroller and kept him entertained until we arrived in the Mission.

In the Mission, it was pouring. I’d forgotten that San Francisco has a completely different microclimate from the East Bay. We were up north for a long weekend, staying with Pedro and Stephen, who were brave enough to put up two adults and a toddler for four whole nights. Their pit bull, Sugar, spent a lot of the weekend shut in Stephen and Pedro’s bedroom, so she made the biggest sacrifice. (Thank you, Sugar, if you’re reading.) The catalyst for the trip was my reading, which was a small part of Mutha Magazine’s event, which was a small part of LitCrawl, which is a big part of LitQuake.

We followed my map app for six blocks before it led us down an alley lined with graffiti art and tents. It smelled like shit, the human variety. AK opened her preferred map app and figured out that we should be on the other side of Mission. She made a small triumphant noise about her superior map app and I nearly throttled her because the only reason I hadn’t downloaded her app yet was because I didn’t care about that stuff. Was she really taking this moment—this moment of my soggy literary defeat—to declare victory in a competition I hadn’t even agreed to?

We made up a block later, but I was still stressed, sad and embarrassed. Despite our attempts to create a bubble of umbrellas around Dash, he still got drenched. This is probably some sort of metaphor for parenting and life.

The venue turned out to be a bar. The bouncer was busy telling the couple in front of us, who also had a baby with them, that they couldn’t bring the baby in. I kissed AK and Dash on their cold wet cheeks and ran up the stairs.

I will say this for Bay Area crowds: They turn out in spite of the weather. A similar storm in L.A. would keep 90% of the population home, and the remaining 10% would get in car accidents.

I slipped in juuuust as the first reader was wrapping up and took the stage like a badass or a drowned rat, depending on your interpretation.

AK and Dash eventually talked their way in (they’re both pretty persuasive), but by the end of the reading, Dash was fussy, and it was all we could do to change his clothes and get out of there. I didn’t get to mingle with the other readers (who were excellent) or see my friend Miah’s reading during the next event block.

The rest of our trip was really lovely. Pedro and Stephen are family. Eating veggie burgers and watching the final episode of RuPaul’s Drag Race with them is the sum of all great things. I got to see my friend Patricia and her baby, although not for long enough. We chilled with AK’s ex and her family at their house in Mountain View. Their four-year-old told me about a scarecrow with Hulk powers who was hopping through the trees in their yard.

Lovely, and yet my so-called literary career went from being a small part of the trip to a microscopic part. And this feels like a theme in my life lately.

When I got back to work, I told my boss about the reading. She gave me an encouraging pat. “And you got up and read! In front of all those people! Have you ever done anything like that before?”

2. fighting the war on hobbies

This past Sunday night, our friend Sally screened cuts from her documentary-in-progress and asked for input from the group—other filmmakers, a TV show runner, a couple of journalists, an editor, an attorney and us. I know the group’s professions because we went around in a circle and announced them. I didn’t say what I did, because I’m a rebel like that.

Sally is relentlessly curious, outgoing, passionate and unafraid to ask anyone anything. These are perfect qualities for a documentarian, and they lend themselves well to fundraising for said documentary too. She’s good at what she does: She’s artful and prolific, and she has an impressive teaching career to boot. She and her students are always jetting off to Singapore or Iceland.

If you’re a regular Bread and Bread reader, you know what’s coming next: I’m ridiculously envious of Sally.

Setting aside her love of breastfeeding, Sally is a little bit like a man. She sees opportunity and takes it. She doesn’t seem to waste time questioning herself. The next day, a group of us met up for a play date at the park. When a couple of our kids started wandering toward a birthday party at the adjacent rec center, the party throwers invited us in. Sally’s partner Meehan hung back because it wasn’t her party, but Sally threw herself into the mix and ended up talking to a friend of a friend.

The next day I told my therapist, “I’m not sure I understand people who don’t have at least a little bit of self-loathing.” But I’d like to channel my inner Sally sometimes. I feel like Sally doesn’t try to squeeze her creative life into the margins of the day. Other times I like being me: hesitant, questioning, conflicted, invested in nuance.

This morning AK and I were having a fairly typical schedule negotiation involving daycare drop-off, work and her yoga class when I veered into a tearful meltdown about how I never get to write anymore and it’s making me crazy and maybe I should give up and call it a hobby, but damnit I won’t go down with out a fight, stop trying to thwart me universe, and I know I should be grateful for all the wonderful things in my life, but aaaaaahhhhhh!

She took it pretty well. Dash seemed a little confused. He kept handing me his book that makes animal sounds. After I calmed down I told him, “I was feeling sad because I didn’t get to do something I wanted to do, when I wanted to do it. Like when you were upset just now about not getting to play outside.”

Nothing like parenting a toddler to make you realize what a toddler you are. That actually gives me more empathy for myself, not less. I don’t expect Dash to be like It’s okay that I don’t get to play outside because I live in a first-world country and have parents who love me. He wants what he wants and he gets cranky when he’s tired. So do I. And he’ll get to play outside soon, and I will try hard to believe that there’s hope for my writing.
1 comment:

Every few months, I try to write a letter to Dash. They’re descriptive and mundane. This one came out as a kind of prose poem, and it captures my current mood.

Father G says heaven is the present. I repeat this to myself, which is an act of memory, which is to say: the past. This is the time of year when the future shakes its fist.

Late afternoons in Los Angeles are a Maxfield Parrish painting. As if your 20-month-old skin needed any help. It is the color of toast, smooth as flan. You look west and I spy on you from inches away, your legs against my hip, your face even with mine. In low light your irises and pupils blend to black, but here I see the clear brown ring.

You want to ride in your green plastic car, the one with the handle in back, for a grownup to push. I am shoeless, but you’ll cry if we go inside again, so I lap the block barefoot, feeling trashy and wrecked, which I am. Pods dropped from trees bite my soles. You have discovered the joy of dragging your feet against the pavement. I retaliate by popping a wheelie, which makes you squeal.

You point to silver cars and say “Mama!” as if any of them might hold her. 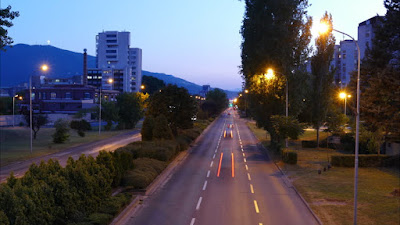 On a windy hilltop in Japan, a boy steps into a phone booth and calls his dead father from an unplugged rotary phone.

I used to console myself that if I died young, I would see my mom and the babies I lost when they were still the size of pea pods. But I’ve dug my roots deep in this world. Now it’s not just your Mama, Gramps and Aunt Cathy I’d miss—and I would, but they are finished humans. You are the size of a shrub.

You are a finished human. Heaven is now. And now. And now. Each present falling off the conveyor belt and into the ether. To try to hold on is to become Lucy Ricardo stuffing herself with chocolates. 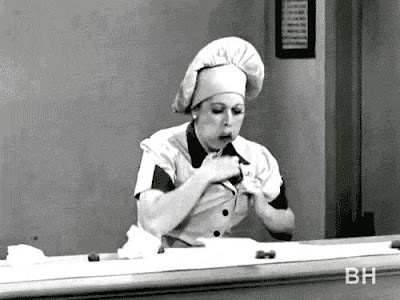 A group of professionals gathered in a hotel conference room and watched a PowerPoint presentation. Discussed capital campaigns and hidden costs. Ate gluten-free pizza and cold asparagus spears. Then, “switching gears” said their leader, they finished a sentence on large neon sticky notes.

There are only five things people want: time with their beloveds, a safer world, to create, to travel, to accept themselves. I wrote Before I die I want my son to know how loved he is (by me! And others too). I always suspect the universe of looking for a loophole. 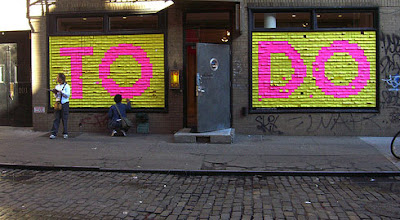 Hold this lightly, Dashiell, but squirrel it away, too, for a dark day. You were someone’s heaven.
2 comments: