Showing posts from November, 2014
Show all

proving you’re not crazy: on ferguson, sort of 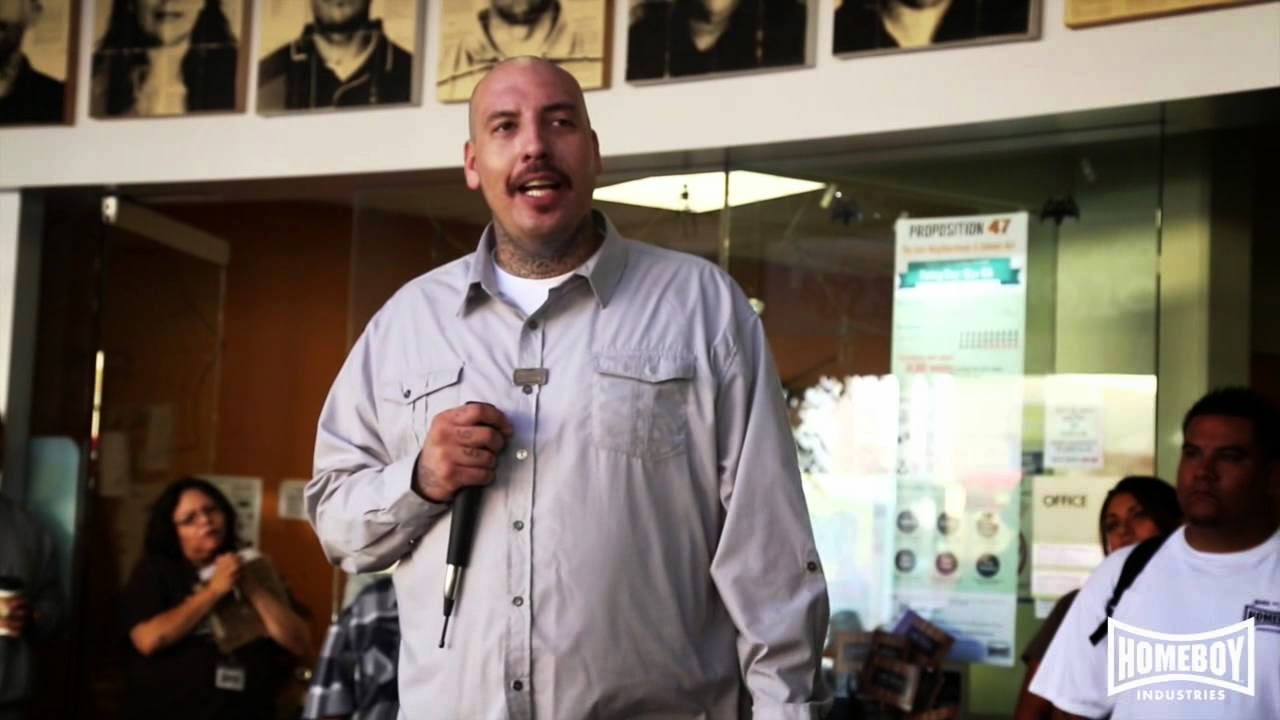 1. the body he lives in There’s a trainee at Homeboy named Rudy. Recently he gave the Thought of the Day and shared a poem he wrote, about introducing himself for the first time in his memory as “Rudy,” instead of giving his gang nickname. It was a sweet and powerful poem that captured the intensity of rediscovering your own identity—the not-so-simple act of declaring I’m not who they say I am. Rudy, shown smaller than actual size. The first thing everyone notices about Rudy is that he’s close to seven feet tall. He has the girth to match and a deep voice. If he signed on with a casting agency, he would regularly get cast in fairy tale films. But in this world of modern fairy tales, he was cast in the role of tough guy very early in life. When I think about how long it took me—an average-sized white female whose parents never told me not to cry— to truly own my vulnerability, I can only imagine how machismo and other cultural forces must have tamped down the hurt little b
Post a Comment
Read more 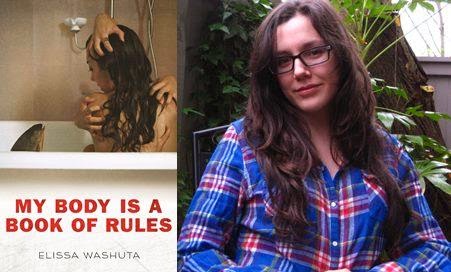 I’m reading My Body is a Book of Rules ( Red Hen Press ) by Elissa Washuta , about her life with bipolar disorder, and she includes some journal excerpts. I think her book is a good model for the one I might be writing. It’s fragmented, high-low in its references, complicated and playful. Her dialogue between her date rape experience and an imaginary episode of Law & Order: SVU is genius. It inspired me to write a dialogue between the part of me that feels like a mother-without-a-cause and Facebook. AK was understandably relieved that I didn’t actually post that one. Like a woman needs a fish in her bathtub. In December I have two cancer-follow-up doctor’s appointments. Just typing those words, knowing that they will end up on my blog, feels audacious and also embarrassing. When you’ve been in remission for a couple of years, you’re not supposed to rest on your pity laurels. When you’ve been in remission for a couple of years, you wonder how much of your worry is regular
3 comments
Read more 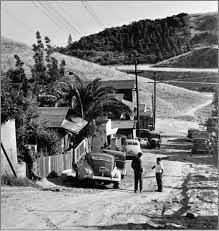 The thing I wish for the most, after the obvious, much-blogged-about things, is the ability to passively time travel. I don’t want to kill Hitler or my own grandfather, or warn the Titanic crew to bring extra lifeboats. I do want to watch history unfold like the best reality show ever. At least once a week, I pause and marvel at the fact that I’ll never be able to see the original occupants of the houses I walk past in Lincoln Heights , or know what L.A. looked like before white people found it. I feel this wish in my bones; it’s almost like regret. When I imagine Heaven, I hope it comes with an endless, searchable DVR queue of times and places. That said, I’d be satisfied with a queue limited to Southern California in the last two hundred years. Maybe I’m self-centered, or just lack the imagination to muster curiosity about ancient Rome, but I most want to witness the here and now just before it became now. Until we figure out how to do that Matthew McConaughey bookshelf tri
1 comment
Read more 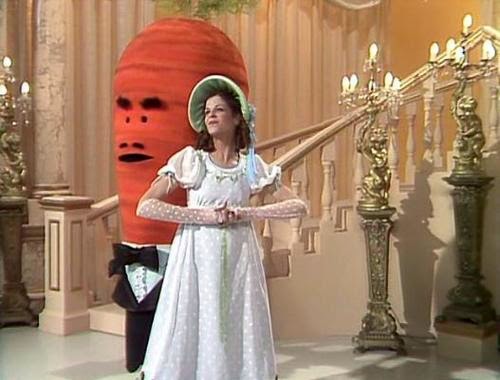 At Andrea Seigel ’s encouragement, I signed up for the Gilda Radner BRCA study program at Cedars-Sinai.* Might as well put my freaky genes to use. My first duty, after supplying a vial of blood, was to participate in a focus group about Gilda’s new online family history questionnaire. They instructed us we didn’t need to enter real data. I was a little baffled—you don’t need a genetic mutation to beta-test a website—but whatever. They had me at “light dinner will be provided.” I plugged in made-up relatives and causes of death for the characters in my YA novel. No one in the novel has cancer, but I decided that Kate has some Ashkenazi Jewish blood on her mom’s side, and I sprinkled the family tree with BRCA. I gave breast cancer to one of Kate’s cousins, but I let her live. I thought that seemed like a healthy story to tell myself. Gilda Radner and a well dressed, cancer-preventing friend. My sister calls BRCA “the pretty gene.” She developed this theory—that women prone
Post a Comment
Read more Kendra 11:01 AM Alexa and I are on a kickoff conference call for our new peer to peer fundraising app/site She's excited, I'm fearful... Cheryl Klein 11:02 AM Because she thinks big picture and you think details.  Kendra 11:02 AM And I'm very glass half empty I do think outlook depends on experience more than most people acknowledge. Cheryl Klein 11:03 AM Just try to remember that your fear is usually worse than the thing itself, whatever the thing is. Kendra 11:03 AM Sometimes Haha Cheryl Klein 11:03 AM I'm very "the glass is going to shatter into pieces that will slit my wrists and I'll bleed to death." Kendra 11:03 AM Yeah, I'm right there with you  Cheryl Klein 11:04 AM But I'm also very "but MAYBE the glass will bubble over with champagne and I'll never be sad again." Usually neither is true. Kendra 11:04 AM That never really crosses my mind
Post a Comment
Read more
More posts