to memoir or not to memoir

Here’s a problem that, like much of what I write about on this blog, exists mostly in my head. But that’s why I have a blog, so here goes: What if I should not be writing a memoir? 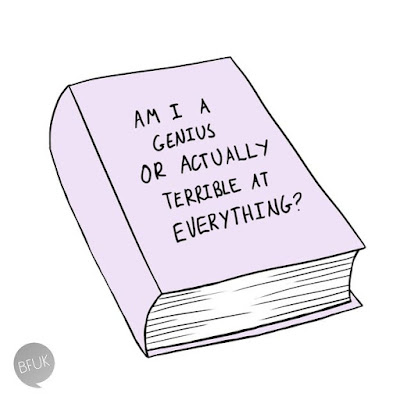 Flashback to November 2012. Coming off the Great Mind-Destroying Miscarriage of 2011, I was diagnosed with cancer, and my third thought (after Am I going to die? and Will I die before I get to be a mom?) was: Fuck it, I’m writing a memoir. I know that a memoir needs to be more than just the story of several shitty things happening in a row, and soon enough, I found a theme for my series of unfortunate events. My memoir, in its current half-draft form, is about how my mom’s death led me to worry I didn’t deserve parent-child love, and how I eventually convinced myself otherwise. It’s also about what a bitch imagination is—how storytelling can be the hypochondria that nearly kills you, or the hopeful meta-memoir that saves you.

How’s that for an elevator pitch?

When I write it out like that, I think this book is the thing I should be writing. It might even be the most important thing I’ve (half) written. I have written five books—weirdly and sadly, only the first two are published—and each represents a period in my life. My if-a-tree-falls-in-a-forest question is: If I don’t write about the Shit Years, did I really live them? 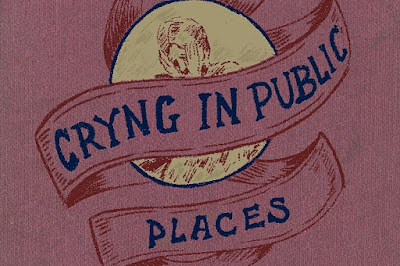 Part of me feels like I have to write about them, because if I don’t, then I got cancer for nothing. It’s a greedy, writerly, almost cannibalistic way of thinking: What’s the point of anything if you don’t get a story out of it? But, the unexamined life and all that. I’m determined to wring a silver lining from cancer. And, more tenderly, I want to honor the babies I lost, and to prove to myself that they really existed by writing the havoc their death wreaked on me.

Another part of me absolutely doesn’t want to relive any of that shit, which is why this project has inched along so slowly (that, and a certain family member who is constantly demanding “Mommy, do my bus puzzle!”). 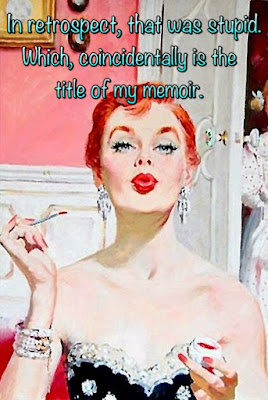 A couple of times now—enough to know I have to sort this through and not let it fester—I’ve wondered if I’m writing it for the wrong reasons. Or rather, what would happen if I gave myself permission not to write it? Would it be betraying myself, or being true to myself?

I know there’s not a right answer, but I can’t help living my life as if it’s already been written, and I just have to dig through the dust to unearth the plot. (That fatalist mentality is part of what I’m ostensibly writing about in my memoir.)

I have an urge to start a collection of short stories loosely based on my experiences at Homeboy. I may have already drafted the first. Right now, this project seems infinitely more fun to me. With almost every book I’ve written, I’ve started a new one before the first is finished. It feels deliciously sinful, and because editing and writing are such different processes, it allows me to write (which I like) while still editing (which I like only very, very reluctantly). But the memoir isn’t nearly close enough to finished to let my short-story impulses run wild. 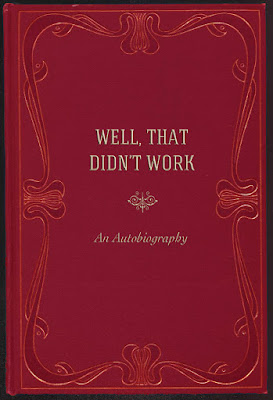 I want to make this decision intuitively and thoughtfully, rather than anxiously staving it off, as I have been known to do with various life things. Like coming out when I was 23 instead of 13. I don’t want to waste a decade trying not to be gay or trying to write a memoir just to prove cancer wasn’t a waste of time!

A draft of my memoir exists, piecemeal, in various publications (but mostly MUTHA Magazine, because they are good to me!).

I want to make this decision for artistic and emotional reasons, but certain practical considerations feel relevant. Memoirs are usually more marketable than fiction, so if I have one in me, why not go for it? Three unpublished novels would suggest that I might not be such a hot fiction writer and/or it’s an absurdly tough market.

On the other hand, short stories are a great form for a working parent who can only write in fits and starts. (I mean, by that measure I should stick to haiku.) Fiction is my first love; it does something for me—a sort of arousal of the imagination, some kind of alchemy—that even the most satisfying nonfiction writing does not.

I guess I’ll let this percolate a bit. It may take another year of working on both projects (or neither—let’s not rule out a complete creative standstill or yet another tangent) to figure it out. I’ve always been much more patient and process-oriented with myself in writing than in life. 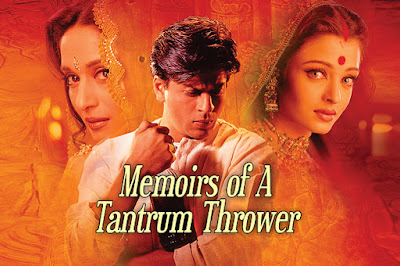 UPDATE: So I wrote all of the above in my therapist’s waiting room yesterday, and then rehashed it in my therapy session. Therapy and writing are so fucking similar. I guess that’s why I’m such a therapy junkie. It’s all just storytelling. My therapist talked about how there’s always a push-pull between processing trauma and leaving it in the past. And you know you’ve processed successfully (if not completely, because there’s probably no such thing) when you have a clear, integrated narrative about whatever happened. And of course when you stop being such a hot mess in your daily life.

And then we talked about another nice-problem-to-have question that’s periodically on my mind, which is whether we should try to adopt another kid in a year or two or three-but-probably-not-more-than-three. In both cases, he said, the important thing was to give myself permission to choose. Having and seeing choices make us free, if neurotic.

I told him that I’m going to file this under what he said a few weeks back (that time in reference to some toddler challenge with Dash), which was “It’s all fine.” You can do this thing or that thing. Chances are, neither will destroy you, and neither will ensure your perpetual happiness. I was raised by parents who literally spent years choosing what color to paint the living room, so the idea that there are multiple good choices—and life is random and also you’re always at least a little bit fucked no matter what you do—is a constant revelation to me.

I’ve been thinking a lot about ideological vs. relational ways of moving through the world. Bear with me. I was raised to put the former on a pedestal, and in my unpublished novel (one of them...), the protagonist takes a stand against foreign adoption and risks her relationship with her partner. I still think it’s a good novel, but I’m no longer interested in critiquing foreign adoption in any kind of definitive way, and I now give hard side-eye to people who stand on principle at the expense of their loved ones.

For many years, AK’s mom—a Catholic-raised Mexican-American woman who currently attends an evangelical Christian church—wasn’t really down with AK being gay. Because the bible and all that. But in practice, she always accepted AK and, later, me. I came to understand that while her ideological world is homophobic, she’s relational by nature. Ideology may close borders or open them; relationality (spell check tells me this isn’t a word) usually opens them.

But seeing The Post made me check my semi-newfound anti-ideological stance. It also renewed my faith in humanity and America. Meryl Streep plays Washington Post publisher Katharine Graham, who in 1971 must decide whether to publish information from the Pentagon Papers, a top-secret study revealing that the U.S. has long known the futility of the Vietnam War. The study was commissioned by Robert McNamara, a close friend of Graham’s. Publishing its contents will destroy him.

The movie could have portrayed McNamara as a cowardly Nixon yes-man or a hawk who didn’t care about American or Vietnamese lives. Instead it depicts him as I think he was—a tortured soul who did not know how to climb out of what he helped create. As such, we see how hard it is for Kay Graham to betray him. They speak about what she must do with kindness and honesty, in the way of old friends who have both lived through tragedy.

2. in praise of discomfort

She’s able to take this stand and risk her company and her family’s legacy in part because she’s already an outsider—a woman who doesn’t fit in with Washington society wives or in the boardroom. Streep and Spielberg portray her discomfort by depicting her always adjusting her clothing and bumping into furniture. It’s not slapstick; it’s subtle and human and awkward.

Needless to say, a movie about journalists telling the truth while fighting a corrupt, punitive president is rather timely. And while Kay Graham is the clear protagonist, a big part of what I loved was the film’s portrait of teamwork. It takes a village of publishers, editors, reporters, whistle-blowers, interns, typesetters, spouses and ambivalent politicians to stop a war.

I saw the movie Sunday afternoon, by myself, because AK had seen it and liked it so much she wanted to talk about it with me. (Seeing a movie in a nearly empty theater with a soft pretzel and a Coke Zero in my hand was pure introvert luxury.) I told her afterward that one of my big takeaways was that you can come from privilege and still be a  good person. AK suffers through a lot of my class-and-race guilt, and I think it buoyed her to hear me say this.

Katharine Graham, in a talk with her grown daughter that made me tear up, acknowledges that she inherited her position from her father via her husband. She loved both of them deeply and doesn’t want to run the company into the ground. But as a woman living through the 1960s and ‘70s, she doesn’t occupy the same world that they did. She can’t adhere to the same principles and allegiances they might have. Her job is not to banish her privilege, but to leverage it.

This might sound silly, because I’m hardly a publishing heiress, but I really related to the push and pull she feels. My parents were so good to me, and I want to honor them in so many ways, but I don’t share my dad’s politics. His financial help has made it more comfortable for me to work low-paying nonprofit jobs over the years, and when I pour my energy into things he either doesn’t value or actively disagrees with (this includes everything from voting Democrat to paying to have my car washed), it feels like a small betrayal. Lucky for me, he is a good compartmentalizer and genuinely doesn’t hold these things against me. But I can never be a true rebel who forsakes where I came from, any more than I could be one of the many Manhattan Beach kids I grew up with, who seem to live slightly updated versions of their parents’ lives, sometimes in their parents’ houses. I feel like Kay Graham, who gives dinner parties even as she sides with the long-haired protesters in the streets, and who looks a little uncomfortable doing all of it.

I’ll end this MLK Day post (which, granted, was all about a white woman) with a quote from Bayard Rustin, an MLK associate who as a queer man knew a thing or two about straddling worlds, and who perhaps knew the strength in this: “We need, in every community, a group of angelic troublemakers.”
2 comments: