Showing posts from February, 2018
Show all

everything else is salvageable 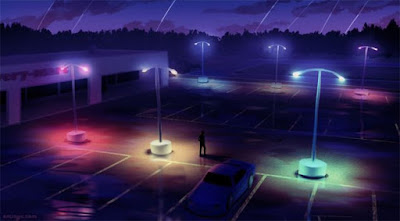 1. The girl who learned to shoplift from her mother builds websites for old family photos: Here is the alcoholic grandfather and the aunt with pancreatic cancer and that Christmas everyone posed with faces as serious as the 19 th century. Digitization as affirmation— her story will not be stolen. 2. The archivist’s friend was stabbed leaving a piano concert at 23. Her blood slick black in the dim parking lot. The man moved on to guns and the archivist nursed a fear of flickering street lamps. 3. The child who fled his empty house for the thrum of the street stabs a man in prison but sends his daughter to college and watches her fall from an airplane, holds his breath until her parachute opens. She flies toward him, a nylon flower billowing behind her. 4. The ex-gang member considered his past a fading tattoo until old enemies came for his son. The boy’s headstone shows him stone-faced; the cursive promise
2 comments
Read more
More posts