Showing posts from June, 2015
Show all

the cake of the culture, the crumbs of defiance 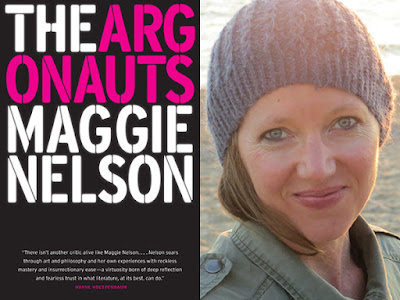 “The moment of queer pride is a refusal to be shamed by witnessing the other as being ashamed of you,” Maggie Nelson writes in The Argonauts, a book I’m consuming in grateful gulps. Beyond the Absolut Vodka float and bronzed dancing boys in West Hollywood—beyond the bounce house at Dyke Day—this is what Pride is about. I came out slowly and anticlimactically somewhere around 2000; I’d already been following Rent around the Western United States for three years, so I thought I was plenty proud. Proud enough to roll my eyes at the commercialization of it all, proud enough to have sincere conversations about the downside of assimilation. On one level, embracing the rave-hued, raised-fist anthems of Rent was an act of defiance of my conservative (though not homophobic per se) upbringing, but it was also Broadway, and I’d never personally been harassed or shamed. Read this book! I didn’t come out, even to myself, until I was sure it was cool to do so. Not just not-dangerous, bu
Post a Comment
Read more 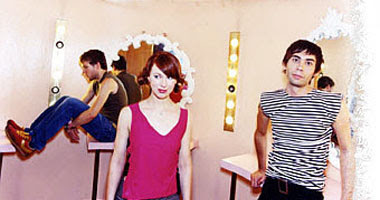 1. have faith in the blue lady There’s a band called Rainer Maria (so you know they’re not one of those groups that considers lyrics an afterthought) and they have a song called “Ears Ring.” The chorus goes: Yoooouuu aaalreeeaady looooove her. B and I saw them play at the Troubadour years ago, and I swear the sexy lead singer was looking right at B and me when she sang. Wikipedia says they're an emo band. That's okay. I'm kind of emo, I guess. I did already love B. I had a lot of bad habits in the girlfriend department, like being passive aggressive and playing the victim, but a lack of love was not one of them. B didn’t believe it, though, and we broke up eventually. But I still think of that song and its beautiful, easy fatalism sometimes. 2. avoiding the checklist When Dash was born, one of my dad’s first questions was about his Apgar score, which is a number doctors assign at birth. According to the ever-calming Dr. Sears, it’s more of a directive
Post a Comment
Read more
More posts