what would jesus drink out of? 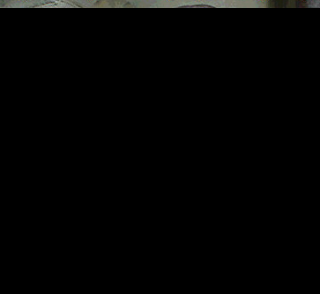 I just purchased a $15 purple thermos at Starbucks. In the past, I’ve looked at the overpriced coffee accessories on the shelves and wondered, Who actually buys that crap? Now I know the answer.

Ed’s sermon on Sunday was about lent. As a newbie to this church thing, I’ve never given up anything for lent before, but it’s the type of project that appeals to me. I always have a long list of self-improvement-related tasks waiting in the wings, ready to be called into action at the slightest provocation: a new year, a birthday, a Monday. Lent offers a new opportunity to reach for an unattainable goal—only this time I’m answering to God, so I better not fuck up, right?

I thought about sacrifices I might make—ideally something that would improve not just myself, but the world too. All Saints is all about that.

Ed sort of sighed and said, “It’s not really about giving up chocolate or cheap white wine.” Then he said something about embracing your enemies rather than slandering them.

Damn. My brilliant idea was more in the chocolate-and-cheap-white-wine category.

Although being nice to obnoxious people for 40 days sounds hard and won’t help me lose five pounds, I guess I’ll give it a try. But I’m also enacting my original idea, which is to give up disposable cups. Hence the Starbucks thermos, since I’m certainly not going to give up Starbucks, and I’m not brave enough to bring a non-Starbucks-sanctioned thermos onto the premises. It’s all about realistic goals, right? Then, when I’m done with my latte, I’ll fill it with cheap white wine.

WWJDOO. I see a line of T shirts!

That's awesome, because giving up cheap wine would surely make the Baby Jesus weep. Especially if you are an Episcopalian.

Sara: Weird--WWJDOO is my word verification.

You let The Man intimidate you into buying a starbucks-sanctioned thermos! (that's probably my favorite part though ;)

I knew a guy who said he'd given up blow jobs for lent.

At least I didn't let the man intimidate me into giving up oral sex.

It's good to know you have your priorities delineated.