selfish bitches of the world, unite! 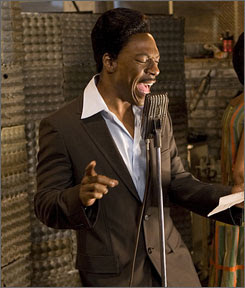 I like to think that birthday is not destiny, because when I looked up April 3 in The Secret Language of Birthdays years ago, I remember being told I was more or less a selfish bitch.

Still, maybe the list above holds some kind of clue to my personality and/or future. In order to ensure the most fruitful 31st year possible, I took some notes on what I have in common with each of them:

Alec Baldwin: Remember that message he left on his daughter’s voicemail, calling her a little pig because she was never there when he called? I know I’m not supposed to feel sorry for people who verbally abuse their children, but I couldn’t help sympathizing with Alec and thinking his daughter might have been a giant brat. Most 11-year-olds are. And selfish April 3 bitches frequently raise selfish bitches.

Doris Day: I know nothing about Doris Day (Amy, fill me in here), but one of my mom’s co-workers wrote a one-woman show about her in the mid-‘90s called Doris’ Day. I never saw it, but it seemed like a glamorous thing to do, and I was jealous because I’m a selfish bitch.

Jennie Garth: We both hated Donna. Well, one of us hated her unabashedly, and the other pretended to be her friend for 10 seasons. At least I’m not a selfish lying bitch. 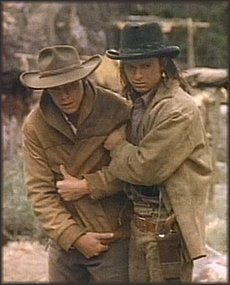 lso have some soul. In, like, a folk-infused kind of way.

Wayne Newton: When I think about Wayne Newton, the man that actually comes to mind is the printing press guy who sometimes visited the Daily Bruin office when I was in college. He looked and dressed like and, while I’ve never smelled the real , I swear this guy smelled like what would smell like. Perfuuuuumey! When you’ve smelled someone, you have an undeniable connection. It’s like you’ve fought in a war together. A flowery, musky war.

David Hyde Pierce: We are both middle-aged gay men (see Dreamgirls reference above).

The Pony Express: We both like horses and a strapping young Native guy named Buck, assuming the late ‘80s/early ‘90s TV show The Young Riders was historically accurate.

I hope my fellow April 3rd-ers are having a great day today, even the dead ones. But if they’re not, I’m not going to lose a lot of sleep over it, because you know what? None of those bitches even sent me a card.

Happy Birthday!!! I hope you're having a most excellent day.

Lucky for me, 35 is going to be the new 27 this year, so I've got something to which I can look forward.

See that? I didn't end that sentence in a preposition. Just for you, on your birthday. ;)

Hey! Happy birthday! I hope you're already out celebrating your b-day weekend. :)

You really are a bitch. Celebrate!

I have always thought that you and the Pony Express had a lot in common.

Thanks for the birthday wishes, y'all! I shall now proceed to spend the weekend being a grammar Nazi, delivering mail on the frontier and doing whatever other miscellaneous activities my selfish little heart leads me to.

I mean, to which my selfish little heart leads me.