the cheryl show, now with more costars and fewer commercials 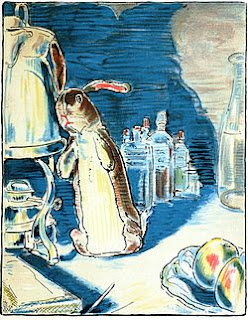 Zelda Kennedy is one of my favorite people at All Saints because her sermons frequently quote plays and musicals, and because she hugs parishioners like she means it. This morning she quoted a line from The Velveteen Rabbit, which made me cry when I was six and believed my stuffed animals had souls (I still kind of do) and again today. Something along the lines of: “If you become real, you will get worn down and used up, but you will never be ugly to anyone who understands what it means to be real.”

Someone could probably put together one of those photo comparisons a la Abraham Lincoln during the Civil War for me in 2011. Which is not to say that my recent howls of thwarted entitlement* are the same as the Civil War, just that, well, it’s been real, and I think I have some fine lines to show for it.

I’ve had a very nice week-plus off. Last night AK and I rang in the new year with Pedro, Stephen, Maria and Calvin at Onyx, after a potluck dinner at the boys’ place around the corner. We cooked our own food. We had reservations at the lounge, so we didn’t have to do a bunch of standing. Calvin broke three noisemakers. AK took a couple of brief catnaps in our booth and, every time she woke up, immediately started dancing. On the walk back, a man said to Stephen, “I would pay you a sum of dollars for your hat” (velveteen plastic and not terribly real; he gave it to the guy for free). It was all kind of perfect.

Here are my resolutions for 2012 (besides the givens, which require me to become a perfect human in every realm from personal finance to properly appreciating sunsets):

1. Sweat. Recently I realized that, if I were sixty and had high blood pressure, my physician would congratulate me for my regular, reasonably paced three-times-a-week workouts. But I’m 34 with a healthy heart (knock on the wood I pretty much keep by my side at all times). There’s no reason I can’t amp it up a notch. There was a reason, which was that I felt like my body was delicate and unpredictable and I didn’t want to ask for trouble. But that was 2011. In 2012, I’m going to run up the hill, do an extra set of crunches, take the hard yoga class and stick around for all of Zumba.

2. Listen and lurk. I know that in the not-too-distant future, all of us will have fruit-fly attention spans and all art will be interactive, and it won’t really be worse, just different. But I was born way back in the 1970s, and I want to cultivate my erstwhile attention span. Lately I’ve sat in bed with my laptop and raced to the comments section to put in my two cents and read magazines for the pictures way too much. I feel like it’s making me dull and antsy at the same time. It’s not just about reading either—sometimes my self-talk becomes such a running commentary that I forget AK’s life story is unfolding right beside me the whole time. I’m not some dudely dude who wouldn’t know an emotional cue if it sat down next to him and started talking about football, but I could do better. This is not the Cheryl Show Starring Cheryl. In 2012, I will read literary journals, short stories in The New Yorker, books that give me background info for what my students are working on, profiles of writers that make me turn into a puddle of motivating envy. I will read between the lines. I will make space for conversation. I will resist the urge to comment unless I really have something to say.

So it’s ironic that I came to Starbucks to read an anthology I’m supposed to blurb and do a little writing, and I ended up blogging, the ultimate Cheryl Show Starring Cheryl. But I have to state my intention before I can enact it, right? Oh…I guess I actually don’t.

3. Write to an inmate. Although I’m sure there are many willing pen pals in the criminal justice system, the ones I want to correspond with are participants in PEN’s prison writing program, which first crossed my radar a few months ago. Twenty-twelve is the time to actually do it. I figure that when the apocalypse hits and prison gangs start running the post-apocalyptic dystopia, it couldn’t hurt to have a couple of the more poetic ones on my side.

*This is a phrase I recently read in a New Yorker article, describing Carrie Brownstein’s characters in Portlandia. I realized, troublingly, that 2011 was basically one long howl of thwarted entitlement for me.

I find the Cheryl Show to be an order of magnitude more interesting than the Kaply Show, but then I have never really been a fan of medical dramas.

Isn't there some new medical dark comedy in which one of the doctors wears an evil-clown suit all the time? That's more how I think of the Kaply Show.

One of my resolutions is to listen and lurk in here, bread and bread, more.
Thank you for the heads up on the PEN's prison writing program.
You had me at "her sermons frequently quote plays and musicals."

While it's good to catch up at Buster's, I look forward to actually writing there soon. Like maybe this Friday! Happy new year!

"Evil clown suit" made me spittake. The cats are not happy.

PV: That's a great resolution! I shall do some lurking over at Plastic Bubble World too.

TL: Well, they'll just have to deal, won't they?

I just want you to know that I'm a big fan of the Cheryl Show Starring Cheryl! So please don't cancel it anytime soon! ha!

J: Definitely not canceled, just not the only thing on.

S: I have a bad habit of arriving late and sneaking out under the guise of stretching or getting a jump on the showers. The next thing you know, I'm taking a twenty-minute class.

Ski jacket I like most to wear in winter. Best and very comfortable outfit. You may select your 's one.