I was on my way to the ATM when I saw Tara.* She was camped out on the sidewalk next to the bus lot, and if I didn’t know her, I would have walked right by her, the way I do most of Chinatown’s street-corner characters. Someone had brought her a cup of water and a takeout box of food from the café, and someone had given her a black and white umbrella, which she shifted from side to side as she talked. It shielded about half her body from the sun.

She talked rapidly but lucidly. She seemed annoyed at having to reside in her body. She was dressed as she always was, in black track shorts and a black tank top that showed the marks on her skin. From what? I’m not sure. From a hard life, I guess. Her hair was short and neat, graying at the temples. Skin shiny in the sun.

“I’ve tried to die so many times,” she said. “Why won’t God just let me go? I’m so tired. I was supposed to die three times.” 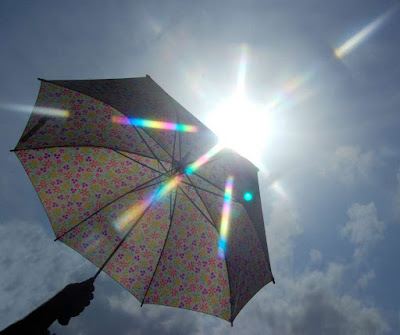 A few weeks ago, she’d been doing okay, coming to Homeboy’s classes, staying sober, taking her meds (I assumed). Then one day she’d shown up wearing a scary-as-hell matte-black mask that covered her whole face. She went about her business, just…masked. A couple of mornings later, I walked into work to see her being arrested in the lobby. Rumors circulated as to why.

Her thoughts jumped around and circled back to how tired she was, how she wanted to die. I knew she wasn’t living in a world of reason, but I said, “Well, I’m glad you’re here. I think you’re going to be okay.”

I could see the doom and the hope duking it out inside her, and it wasn’t unfamiliar to me.

“I need the Homeboy wifi,” she said.

People always talk about how working with traumatized populations can be difficult and draining. I’m sure this is true for the case managers and therapists, but I’ve never gotten particularly depressed hearing trainees’ stories—they’re like sad movies, and usually the person I see in front of me is the happy ending. I am moved and sometimes angry at the conditions that caused the sad-movie part, but the people who work their asses off to get their kids back or go to college or get a firefighting certification are real and really fucking inspiring.

I imagined this working-with-the-traumatized depression to feel the way the sad part of the movie feels; I imagined grief and empathy. I figured I must have some kind of jerky immunity that caused me to thrive off the blood of others. Or maybe grant-writing just gave me a little healthy distance, I don’t know.

But it had been kind of a bummer day even before I talked to Tara—just the trying-to-steer-a-huge-ship growing pains that make up daily life at an organization going from grassroots to established—and now, as I trudged uphill to the ATM, I felt worse.

What am I even doing here? I wondered. I’m not helping anyone. I’m not enjoying myself at the moment.

What no one tells you—or maybe they did and I missed it—is that this brand of depression doesn’t cause your heart to bleed for others. It just makes you feel really shitty about your own life.

Today I had a meeting with Homeboy’s new photographer, Eddie. He’s a low-key guy in a baseball cap—easy to laugh, pretty quiet at meetings. The third member of our meeting had to bow out, so it was just the two of us. He pitched a couple of interesting ideas for photo essays. I asked him what brought him to Homeboy.

“Well, I grew up in Boyle Heights, so I knew Hector and Fabian from way back. I always knew about Homeboy, and you know, a lot of guys I knew were in gangs and got shot. My brother was one of those guys.” He mentioned it almost in passing. “I’ve been sober for 16 years now, but I was all cracked out for a while there. I was lucky to make it out. And I feel like we have to live for the ones who didn’t. We owe them that, to bring them along.”

I told him my own story—that I don’t know how I got lucky (knockonwood), but I feel a responsibility to the cancer patients who didn’t. It’s not survivor guilt, exactly; it’s more like the deep humility that comes with knowing your existence is both random and precious.

A woman in my online adoption group who’s been fighting stage 4 breast cancer for as long as I’ve known her is not doing well. As in, her doctors advised her to bump up her family vacation. As in, she’s having trouble typing. I am no fan of her You’d Better Accept Jesus Or Else blog (not its actual name), but she’s a strong lady, a fierce mama and no one deserves cancer. And the kids she’s adopted from foster care certainly don’t deserve another trauma in their lives.

This week I’m thinking too much about my own health again. It’s a thing I want to grab and hoard; it turns me into that guy with the stapler from Office Space. I also know that the inability to hoard all the good things for myself is what forces me to open my arms and my heart to something bigger than me. Sometimes I worry that the corollary to this is that I will only be self-actualized when I’m ready to die. In which case I will happily waive self-actualization for another forty or fifty years.

But even as a fucked-up, greedy little human, I can still connect with other humans, and ride their highs and lows, and that’s the whole point, right?


*Not her real name.