damn you, jose osuna, you are always making me cry

Each day at Homeboy starts with a Thought of the Day--a personal story or short inspirational speech by a staff member or trainee. It's part of the reason I don't bother going to church anymore; I live at church (a church that welcomes atheists, a church where even the priests meditate with gongs and burn sage). (I also know how the church sausage is made, which both dims and enhances the magic, but that's another post.)

Naturally Fr. Greg's TotD's get the most accolades, followed closely by TotD's from especially vulnerable and courageous trainees, the taste of both tragedy and transformation fresh in their mouths. But my personal favorite TotD-giver is Jose Osuna, Homeboy's Director of External Affairs. He is a former client, who started as a solar panel program student and worked his way up through the ranks. But he's quick to point out that he was never one of those kids who grew up in Boyle Heights with Fr. Greg as a shadow-dad even during their darkest days. Jose has always been a bit of a renegade, and he is also incredibly smart and kind and unafraid to speak the bald truth to power, which is why I love him.

His TotD today was about flying. He opened with a quote from Coco Chanel. (He is also unafraid to speak Coco Chanel to a room full of homies.)

He said: "Today I'm going to talk about flying. I have this daughter named Isabel. She's 24 now, and I asked her what she wanted to do for her birthday. Last year she wanted to go on a helicopter ride, so we did, and it was amazing. I was in jail for so much of her life. I missed so many years."

I thought this might be a story about how Jose worked up the guts to jump out of a plane, but it wasn't. Isabel went up in the air and Jose stayed on the ground with his phone, ready to text her mother and the rest of the family as soon as her green-and-black parachute opened.

"I saw her floating toward me. And I just started crying. I thought about all those years I wasn't there for her. People wondered why I was there that day, since I wasn't skydiving, but I'm her father. Who else is going to catch her?"

I think Jose knows, better than most people, that Isabel had to land on her own. He hugged her, he was proud of her, and she had a great birthday. But the real pang came, he said, when he saw the picture she posted later that day.

"You know, she never went down the path I did," he said. "She never got in trouble or did drugs. She accepted the parents she had, and she accepted that her brother was murdered at 17. She was just really, really mad at me for a long time. She was so angry. Then I saw this picture of her at the door of the plane, getting ready to jump, with her hair flying all wild. The caption she wrote was, 'I flew.'" 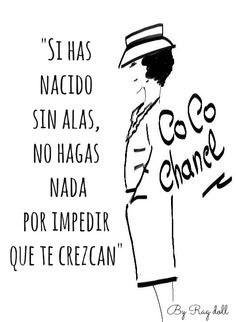 I started listening to Jose's TotD as a parent, trying to imagine Dash jumping out of a plane one day (eeeehhhk). But I quickly realized that in this story, I'm Isabel.

My dad never went to jail; his mistakes were of the too-straight-and-narrow variety. He and my mom saved every penny they earned. They were determined to create financial and emotional stability for our family. My mom grew up with an alcoholic dad who moved their family to a new house every year or so. My dad's dad died when he was a year old, and although his mom was kind and devoted, it wasn't easy to raise two boys on her own.

"She might have had a couple of years of fun when our father was alive," my Uncle Robin once confided, "but for the most part I don't think anyone in our family really knew what fun was."

My family valued happiness, but it was understood to be dessert, the thing you ate after you choked down your vegetables.

For better and worse, all my dad's hard work--plus some luck and the privilege that comes with being white and male and coming of age at a time when putting oneself through college was a bit more doable--paid off. All those worried phone calls from campground payphones to his business partner regarding the real estate investments that tanked in the recession of the early nineties. All those clothes my mom bought at thrift stores--she would drop a $2 skirt like it was on fire if the tag said "dry clean only."

My parents started planning for retirement when I was in elementary school, daydreaming about the house they might build in the middle of a redwood forest. (This was largely my dad's dream. My mom wanted to be close to people and a good hospital.)

My mom got sick the year after I finished college and died three years later. My dad realized, in the most heartbreaking way possible, that you can't take it with you. And while he didn't exactly go on a spending spree--he still stocks up on frozen yogurt whenever it's on sale--he did purchase the first new car of his life, a sweet little wine-colored BMW convertible that hugs the road so fiercely even I can appreciate its ultimate-driving-machine-ness.

My dad's girlfriend Susan pointed out to him that, rather than leaving my sister and I a chunk of money when he dies, it would be more fun (fun!) to help us out now, when we're younger and needier and he's alive to enjoy us enjoying it.

At times I've resisted his help. At times I've humbly embraced it. At times I've reluctantly embraced it. I thought my reluctance came from my class guilt and feelings about social justice (and it does), but a recent post in one of my online parenting groups, the Dead Parents Club, made me realize that I'm not just concerned about living on the backs of the oppressed. I'm also living on the backs of my parents, perhaps especially my mom.

House hunting these past couple of weeks with AK and my dad has been surprisingly smooth, the pieces--so far--falling easily into place, although we haven't found the place itself yet. But I'm grateful that they're both such good people and such good communicators. Let's just say we've all come a long way from our 2010 trip to England, when my dad tried to see All Of The Best Things In The UK in the space of a week and AK periodically stomped off in exhaustion and frustration.

This feels like the right time and the right direction. Also squirmy and bittersweet. But hearing Jose talk about what it meant to watch his daughter fly cut some of the strings of my guilt. This is what my dad wants for me. And if living in an awesome house is what I have to do to make him happy, I will make that sacrifice.

You might qualify for a new solar rebate program.
Click here and find out if you qualify now!

You know, this made my day. Today I needed it. I resigned from Homeboy 2 weeks ago...I decided that I needed to fly...

Today was my first time back at Homeboy for a meeting with some colleagues in the social justice world...it was bittersweet...

But doing a google search of myself brought your blog up...I needed it...thanks.