a first helping of family 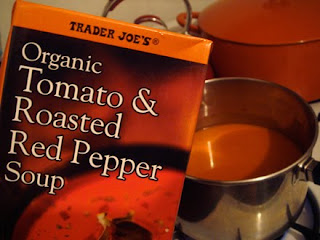 Since my sister bought a house, I think she has been slowly turning into Martha Stewart. It started years ago with themed gift wrapping, but now she’s hosting family dinners at her place, whereas I’m still mostly of the mindset that the grownups should take care of that shit. It’s my job to show up and eat.

So last night I showed up and ate at my sister’s house, along with my dad, his girlfriend Susan, my pseudo-grandma and pseudo-uncle (we’re very Rent when it comes to valuing chosen family as greater than or equal to biological, but with less performance art and more complaining about The Kids Today). My uncle’s favorite topics are television and food, so I probably shouldn’t have been surprised when a conversation that was ever so briefly about feminism and the forms that countercultural movements have taken throughout history quickly turned into a conversation about how 1) Mae West was so ahead of her time and 2) my uncle ate some amaaaazing brie with toasted pine nuts and butter sometime in the late 1970s.

Later, there was discussion of how people eat large portions of crappy food, just one of many things that are Wrong With The World Today (nothing like the good old days of buttered cheese). Everyone raved over the meal my sister made, so I guess she was excluded from that category. It’s astonishing, really, that Cathy and I turned out okay despite the drugs, bad grammar and sense of entitlement that plague our generation.

They asked her for her soup recipe. “Go to Trader Joe’s,” said Cathy, who has maybe not yet gone full Iron Chef. “Take one box of Organic Tomato and Roasted Red Pepper Soup off the shelves. Buy it. Put it in a pot. Turn the burner on.”

“And where did you get these rolls?” everyone wanted to know.

My family likes food, but we are not foodies. Although, to my sister’s credit, she did make her own pesto, which in my book is a food that cannot be broken down into more basic elements. Like marinara sauce and ice cream, it is something that must be purchased directly from marinara and ice cream farmers.

My next few days will be full of more family, more food and—hopefully—much laziness. So if I don’t find time to write before Christmas, I hope yours is merry if you’re having one, and if not, I hope you see some great movies and enjoy the lack of crowds. I hear the Trader Joe’s parking lot is a beautiful fallow field on Christmas Eve.

I bought a house with the intention of "entertaining". I have yet to even buy a dining room table. Maybe some people never "grow up".

Or maybe you could just entertain Japanese/Moroccan-style, with everyone sitting on the floor. Tables are overrated.

Nothing quite makes me feel better about myself than hearing about the antics of my cousin's teenage daughter that lives with his ex-wife and his teenage not-technically-step daughter who's lived with him for years along with her mother/his girlfriend. All this 3rd hand from mom who hears it from her sister/my aunt. Nothing like my teenage years, that's for sure.

Mathy's got it down. Screw semi-homemade! It's all about store-bought, home-heated. I can follow those cooking instructions to the bank. Ka-ching!!

Thanks for the well wishes. Merry Christmas and jolly drinking! (Oh, and safe driving, too!)

C: I feel like I need to draw a chart to get that family tree down. :-) Merry Xmas!

Are we really the same generation as our sisters? I often feel like SB and I are from different centuries!

Our family runs into "food topic." This includes to the ones I married to a husband who loves to cook, and to watch Food Network, too.

Glad you had a nice Christmas Eve with your family.

C: Is she a theme wrapper too?

L: You lucked out with that husband of yours! Hope your holidays were fun too.

Did you know that you can create short links with AdFly and receive dollars from every click on your shortened urls.