the time between haircuts 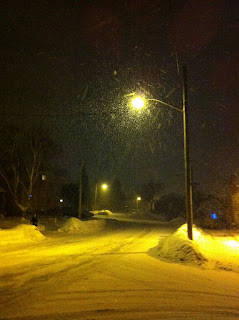 Right now I’m reading (well, listening to) The Absolutely True Diary of a Part-Time Indian by Sherman Alexie, about a Spokane Indian kid who makes the radical decision to attend high school in a farm town outside the reservation. I’ll try not to give too much away, but there’s a scene where Arnold, the protagonist, finds out about a death in the family—the third in a string of senseless losses. His dad is due to pick him up from school, and when he doesn’t show up on time, Arnold becomes convinced he crashed his truck on the icy roads. He descends into a desperate dialogue with God, pretty much just chanting, Don’t let my daddy die.

Arnold comes from the kind of community where it is not rare to have attended 42 funerals by the time one is 14 years old. I’m 34 and I’ve been to six. That includes the funeral of AK’s coworker’s 80-year-old husband, whom I never met. Still, I get it. How loss makes you crazy. Or maybe in my case it’s more accurate to say, brings out the crazy that manages to lie dormant in the good years.

A year ago this week, I got pregnant. It still feels like a lie to say that, like who do I think I am to put a toe into the world of cute fluffy things printed with ducks? But yesterday I decided that, for the Squeakies, I’ll try to own it.

I got my hair cut on Sunday. The last time I went to Rudy’s (because I am the laziest hair maintainer in the world) was on my 34th birthday, four days before we lost the Squeakies. In the time between haircuts, gobs of my hair fell out in the shower. Every day for months. The same thing happened to Jamie after she had Kohana, so it was one of the few symptoms I didn’t freak out about (too much).

Now I have little two-inch tufts of new hair. I sort of like them—green shoots after the rain and all that. Michael, a new stylist at Rudy’s, told me what healthy hair I had. It turns out that complete neglect is pretty much the best thing you can do for your hair. I wondered if he would comment on the weird two-inch shoots. He didn’t. And now that my hair is short, the old hair is the same length as the new hair, like nothing ever happened.

You are not alone. I haven't gotten a haircut since the beginning of August. Getting pretty shaggy but I can't stand having a cold neck in winter.

Also recently passed an anniversary of things going wrong last year. There are several more to come, but I'm trying not to dwell on them.

Thinking of you and AK. My best to you both, C.