we don’t care about the young folks 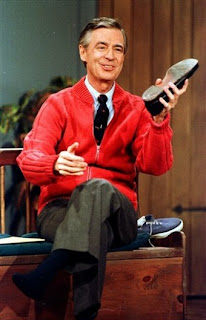 The Eagle had landed, and possibly crashed. According to the bar’s website, Wednesday night was still Shotgun, a hipster girl-night island in the middle of a leather-daddy week, but the population was pretty dudes-in-chaps-heavy and the patio had been boarded up. The only constant was the hardcore (gay male) po playing silently on five or six video screens.

“Have you noticed how we’re starting to be the old ones in the bar?” said Nicole. I thought that was a little unfair, since she was the youngest among us, and I was about to have a birthday. Also, I’m determined not to become one of those old people who’s constantly talking about how old she is.

“I don’t think that’s true,” I said. “We just happen to be standing next to that group of really young girls. But the people playing pool over there—well, I can’t really tell how old they are. They’re kind of just a blur from here.”

It’s hard to prove your youth and vibrancy when you can’t see across the room. Julie, meanwhile, was lamenting her good eyesight.

“It’s hard to carry on a conversation with all this po around,” she said, not prudish but definitely distracted. “It’s like, ‘Blah, blah, blah—ass-fuck.’”

“The lighting is amazingly good in these videos,” I observed.

“It’s like they’re filming on the set of Mister Rogers,” said Nicole, “which is so disturbing to think about.”

When AK and I were in the early, MySpace-messaging stage of our relationship, I made some joke about the po at the Eagle, then called the Gauntlet, over email, and she replied, “The boy po sort of charms me. It doesn’t pretend to be anything but what it is” and that in tu charmed me. So seeing naked guys in work boots matter-of-factly fucking against a backdrop of fake bricks was downright nostalgic.

We failed in our mission to find Nicole a lady last night, but then again, we didn’t try very hard, and we weren’t even sure if any of the people by the pool table were cute. As we left, Nicole said, “Well, at least I felt less judged than I do when I go out in …”

“…but more judgmental?” offered AK. “I wonder if the kids are going somewhere new these days?”

Nevertheless, it had been a really pleasant night, which I partially chalked up to not overextending myself the rest of the week, thereby making myself exhausted by the time I went out. Good time management—I’m sure that’s what the kids are into these days.

AK and I had driven separately, and she dropped me off at my car on Sunset. There was an orange cone half wedged under my left front tire.

“That’s weird,” I said. “I’m pretty sure it wasn’t there when I parked.” There were no visible construction sites or workers in the area.

“Take it,” AK said. “It’s always good to have an orange cone. When the new tenants move in upstairs, we’ll use it to block off our parking spot in the driveway and show them who’s boss.”

I hopped out of her car and into mine, grabbing up the cone in one swoop. It was surprisingly tall, at least as big as a four-year-old. I put it on the seat next to me. My new pointy-headed passenger. Using it to intimidate our neighbors seemed very un-Mister and very like the actual Mr. Rogers, a crotchety man who used to yell at the kids on my block for playing on our cul-de-sac’s tuaround island, a communal patch of dirt that held nothing to ruin except a few eucalyptus pods.

But the act of stealing an orange cone after a visit to a bar—that was definitely something a young person would do.

Always good to have an orange cone.

1. that is definitely something a young, and possibly rebellious, person would do.

2. that WOULD be good lighting - wow.

3. i have to stop talking about feeling like for the first time in my life i feel old. 6 months ago i hated people like me. thanks for the reminder.

C: The problem is, nothing makes you feel older than doing too young of a young person thing.

V: Seeing as how we have THE REST OF OUR LIVES to spend getting older...yeah, we don't need to exhaust ourselves examining the phenomenon. That said, I'm way older than you, youngsta!

I like talking about being old. Maybe because I was the kind of young person who always felt too old for everything already anyway.

Also, who is Nicole? Do I know her? We should be comparing notes on our single friends...

You're not prematurely old, you're retro. There's an important difference.

I think you met Nicole briefly at my b-day last year. Hopefully you'll get a chance to meet her again soon. (Matchmaker is an excellent retro career!)