poetry in the lbc 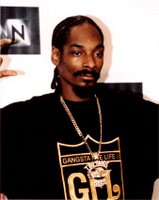 Yesterday I emailed AK, “Here’s the info about Jen’s reading in the LBC.” Then it occurred to me that maybe I wasn’t using “LBC” correctly, and even though it was just an email, and I was using it ironically, I wanted my irony to be well founded. So I visited www.urbandictionary.com (because nothing says “gangsta” like a visit to the dictionary) and got several definitions. The term seems to be the source of some controversy:

Contrary to popular belief and usage, this term was originally coined to mean Long Beach Compton. The term was popularized in order to describe the groups who had members living in both and , which nearly border one another.

. From the context in which “LBC” is popularly used (and from simple common sense), it is clear that the acronym does NOT refer to “Long Beach Crips,” “Long Beach/Compton,” or “.”

So, um, it doesn’t mean “Long Beach Crip”—except when it does? What is clear is that I’ll be there Saturday night for this sure-to-be-pimpin’ event (okay, I admit it, the pimpin’ may be minimal. But experimental poetry will definitely be in the house):

Please join us for the third installment of Notebook, this Saturday, July 29 at 8 p.m. at 43 Ravenna Dr., Long Beach, CA 90803, for readings by Aaron Kunin, , and Ara Shirinyan:

’s collection, A Box of Longing With Fifty Drawers, which is comprised of one poem for each of the 52 words in the Preamble, was published by Soft Skull Press in 2005. She is also the author of the Eisner-nominated indy comic book series, Manya. She is the recipient of grants and awards from Intermedia Arts, the Poetry/Film Workshop, Wisconsin Arts Board, and the Xeric Foundation. She works as the managing director of Poets & Writers, and on the side, organizes poetry events, which have included a 24-hour marathon reading of the complete poems of Emily Dickinson, a protest reading during the 2005 Republican National Convention, and currently, a five-night festival celebrating women poets (finallywithwomen.blogspot.com). She lives in .

Aaron Kunin is the author of Folding Ruler Star (Fence Books, 2005), a collection of small poems about shame. The Mandarin, a novel, is forthcoming in 2007. He lives in and teaches negative anthropology at .

Ara Shirinyan is writer and editor of make now press in (www.makenow.org). He curates the Last Sunday Reading Series at the Smell in with Stan Apps and Teresa Carmody. His chapbook Handsome Fish Offices is due out later this year on Insert Press.

Yo, snoop bloggy blog! I've heard that Jen Benka woman is one excellent performer. I might have to buy her book. See if you can get me an autographed copy, will you? You're a peach!

Will do--after all, I gotta earn my street name, Peachy McPeachDiddy.

You should totally drop that name the next time you go to Roscoes. Yeeaahhh.

I read a post that said Phineas Newborn was your dance teacher at a time. It would greatly help if I can have contact info for him or just the dance studio he taught at.

Thanks a bunch, Xavier

Erin: Who do you think Roscoe's famous "peach cobbler" is named for?