of erins and air conditioning 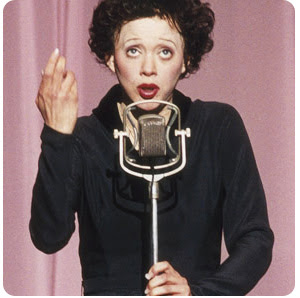 I’ve had a string of good writing hours lately (and by “good,” I don’t necessarily mean that the writing I’ve been doing is good—I won’t know that until much later—just that I’ve felt awake and inspired while doing it). I attribute this to the following:

2. Reading Like Son, which, despite its flaws—or perhaps because of them—makes me want to boot up my laptop and write as soon as I get five pages into it. It’s an uneven and sometimes unsatisfying book, but it’s also full of spark and poetry and lovely layers of history.

3. It’s so hot that I haven’t worked out for more than a week. While writing and working out meet different needs, they’re both the Things I Do When I Have Free Time And Am Not Feeling So Lazy That I Must Lose Myself In The Current Issue Of Elle (which, by the way, has the best interview with Lindsay Lohan I’ve read [the link only links to half the article]; the journalist is steeped in enabler-guilt, and I always relate to the guilt-ridden). Anyway, instead of jogging, I’ve been writing in various air-conditioned locales.

The heat has also been good for my contacts, which I recently started wearing because as a reader of fashion magazines, I know that looking good hurts, and since I’m too much of a dyke to wear stilettos, I guess I decided I would start poking myself in the eye daily instead. So far it’s been an itchy, frustrating experience, but since it’s been 99-plus degrees, I think my eyeballs have been sweating and lubricating my otherwise dry lenses. I bet you really wanted to know that.

AK and I have also been seeing a lot of movies (the overrated Superbad, the nicely made Stardust and the moving, well-acted if predictably-biopic-ish La Vie en Rose), largely for the air conditioning. But it’s probably good for my narrative brain too. Jamie and I hung out with the ever-inspiring Juan Felipe Herrera last week, who pulled references from the air like fireflies—not someone bent on impressing you by how well read they are, but just someone perpetually interested in the world—and it was a nice reminder that one should be relaxed and open enough to reap illumination from all corners of life.

And hopefully drinking beer with friends counts, because last night AK, Erin, Erin and I met up (after an all-too-common comedy of freeway-related errors) at Akbar, where we did our best to catch up over the loud music as Erin R. was nearly toppled by two girls making out (despite this scene, the night was weirdly straight. I think this may be the direction Akbar is headed in). AK and I hit the dance floor for a little Cyndi Lauper, and it was awesome as always to see the Erins. Thanks for making the drive, ladies.

I guess September is Lindsay's month at Elle. One year ago yesterday, I read about another Lindsay article on your blog in Elle (they weren't so stingy as to truncate that one...).

This made me laugh:
"I know that looking good hurts, and since I’m too much of a dyke to wear stilettos, I guess I decided I would start poking myself in the eye daily instead."

and then second guess myself. But now I feel in the clear 'cuz it was the eye-poking pain substitution I found funny, so I get to second guess you instead. The irony is that it's your own musings about other people's potentially dispersionary* same sex comments that has me over-thinking "too much of a dyke to." ;)

*one casts dispersions, right? The online dictionary is totally throwing me off in my suitable adjective hunt. "Negative" isn't quite right, and I'm fading.

Maybe I'll make gushing over semi-intelligent articles about Lindsay Lohan a Labor Day tradition. It's at least as fun as barbecuing.

So you were worried that laughing at the concept of dykes wearing stilettos made you homophobic? Or that writing it made me homophobic? Either way, Bread and Bread isn't intended as a den of PC-ness (although I wouldn't want it to be a self-congratulatory, fakely provocative forum of non-PC-ness either; those bug me).

As a gay lady, I am comfortable saying that my people--back-in-the-day femmes and neo-retro-femmes aside--have a history of comfortable footwear.

I don't know if I was more irritated at all the chicks at Akbar with big designer purses that kept hitting me in the back, or the two chicks almost-knocking-me-over part. You didn't describe how fast AK was to jump up and help me shove them into the crowd behind me. That was fun!
I am currently studying street maps of LA. Next time we will dazzle you. I still think if we stayed on Cahuenga Blvd for a little while we would have found you two at the first bar :)

You two would totally get picked first for the rugby team. The outward prettiness belies a mean tackle.

Not worried for either of us, really. Just having this post of yours still in mind made me deconstruct the joke a bit.

I know what it is that triggered it: "dyke." Not a favorite word of mine. I get the whole reclaim it deal though. I certainly wouldn't want you to PC up your blog.

Where sexuality is concerned, I just like to stay as free of stereotypes as I can (even though trends do seem to exist). That way someone's sexual preference is just one aspect of many about her. This is probably what makes it hard for me to trust my gaydar.

Anyway, comfy shoes are just the sign of a rationale mind to me. (Still, so impressed by Cher when she ran in stilettos across cobblestones in Moonstruck. Won't see me trying that.)

My apologies if I seem all over-serious... I'm really just thinking out loud... in your comments... again, sorry.