taking the mock out of documentary 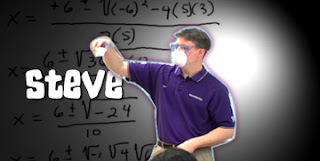 I’ve been seeing a lot of movies lately, partly for the air conditioning (if only OC and T-Mec could come with me instead of being stuck in my hot apartment—but OC would meow through the whole movie and T-Mec would get disgusted because she’d know she could have directed it better if only she had opposable thumbs). Also because I’ve just been craving that good, satisfying, I-just-saw-a-great-movie experience.

Said experience has something to do with the quality of the movie, but just as much to do with my mood and the way the theater smells. I love creaky old movie theaters that smell like stale popco and wood polish.

The new Landmark West Los Angeles was the opposite, what with its stadium seating and bamboo ketchup packet holders, but King of Kong: A Fistful of Quarters was the right kind of movie for my right kind of mood.

The story this documentary tells is at once classic (wide-eyed newcomer Steve Wiebe takes on cocky game-master Billy Mitchell) and quirky (did I mention Steve’s challenging Billy at…Donkey Kong?). Initially, it’s the latter that lures us in. Even without the mullets and the geek factor, the world of classic video gaming is funny just because it’s a subculture. Listening to people get really, really intense about stuff you’ve never heard of is inherently funny. Hence the success of Christopher Guest’s mockumentaries. 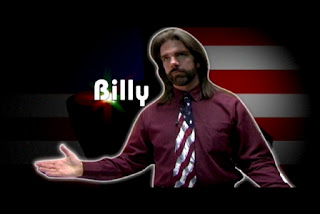 But even though Waiting for Guffman may be my favorite movie of all time, King of Kong is possibly better because it encourages its viewers to do more than snicker at people with bad hair. Watching Steve try to break the world’s Donkey Kong record while starting a new career (after an ego-blow layoff from Boeing) and raising a family prompts all kinds of questions about the meaning of greatness.

Of course, the most obvious question is Did you really use “greatness” and “Donkey Kong” in the same sentence? But as the movie demonstrates, there is something intrinsically human about the desire for excellence, even if it’s excellence at something silly (which nevertheless requires mind-boggling real-world skills, ranging from patte recognition to hand-eye coordination and is arguably no sillier than baseball or boxing, which have inspired no shortage of deadly serious movies).

As AK pointed out, the movie has no qualms about casting strutting, scheming insider Billy as the villain (AK, remind me what that song was that played while he was combing his hair for the final Funspot arcade showdown), and honest, sweet-faced outsider Steve as the hero. At times it almost felt too easy. And while Steve is positioned as an underdog, he’s really more of a lifelong achiever who’s struggled to find direction and perform under pressure.

But while it’s easy for us to choose sides, it’s not so easy for Billy’s longtime fans at the Twin Galaxies gaming association, a sort of Olympic Committee for video games. It’s especially engaging to watch gaming referee and part-time songwriter and transcendental meditator Walt wrestle with what to make of this newcomer. Although the Billy vs. Steve question drives the movie, there’s a more interesting if subtle story of a community leaing to question its leaders and embrace outsiders. Which is worth way more than its weight in quarters.

I love all those Twin Galaxies guys! So fascinating in their arrested development!

It would be like if I learned Stephen Sondheim was an asshole. And I've heard he can be a little grouchy. But I'm sure he has totally good reasons and a heart of gold. I'm positive.

Probably everybody knows that song but me. Thanks, baby.