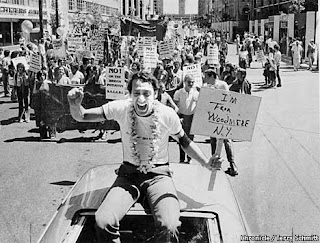 When I was a kid and Thanksgivings were usually spent eating precooked turkey loaf around our motorhome’s formica table (seriously, my mom did an amazing job in that tiniest of kitchenettes, and the precooked turkey loaf was always moist and delicious), someone started the awkward tradition of going around the table and saying what we were thankful for.

Saying “family and friends” or “good health” is predictable. Saying “my expensive new car” is materialistic and braggy. But as a sixth grader who was painfully self-conscious around everyone but my family, none of this worried me.

Well, sort of honestly. I had frizzy hair and a nose that had recently enjoyed a growth spurt; I got good grades but came up short in the emotional intelligence department; and I think my answer speaks for itself regarding my thoughtfulness towards others.

But I had recently decided that these three traits were the recipe for popularity, which I sought relentlessly between the ages of 11 and 12. Although most of my behavior—from saving up for Guess jeans to incessantly asking my best friend Bonnie if she was mad at me—would indicate that I had very little confidence in my looks, intelligence or social graces, the idea of actually admitting to myself that I lacked these traits was too painful to entertain.

It was as if I were an early practitioner of The Secret, trying to will my wishes into reality. And actually, if there’s anything that pure confidence can create, it’s probably popularity. But that confidence has to be real, and mine was just the audacity of hope for stupid things.

I was thinking, this year, of compiling a silly little post about all the small and shallow things I’m thankful for (Charm School comes to mind), but I realized I was far too superstitious. What if God was like, You got it, my child. Charm School stays on the air, but I will be removing all your loved ones from the earth faster than you can say “February sweeps”?

I don’t think God is quite so literal, but…I like to hedge my bets.

So I’ll just say that, besides the family, friends, felines and blog readers that I am so, so thankful for, I’m glad to be living at this moment in history. Right now I’m reading The Mayor of Castro Street: The Life and Times of Harvey Milk by Randy Shilts, and being reminded that a few short decades ago, being gay meant being constantly harassed by police and more or less being denied family, friends and blog readers. You could probably still have a cat.

I don’t mean, exactly, that it’s always preferable to live in an easy time than in a hard one. There’s a lot to be gained from struggle on a personal as well as a community level. As unlucky as Harvey Milk and his contemporaries were to be persecuted, they were lucky to have the courage and opportunity to change the world. I’m excited to see Gus Van Sant’s movie version of his life tonight and to hopefully take a cue from Milk. At the very least I expect I’ll come away with a lot of gratitude.

I saw the trailer for the Milk movie, it looked really good. You'll have to let us now how it is.

Also, it's a good thing that I'm not religious, since I just posted how I'm thankful not to be on a long T-day trek today to be with family that I don't care for or that's dead. Um, shallow, hello, nice to make your acquaintance. :)

In my defense, I thought I'd also post tomorrow, but that's probably just going to be T-day haikus.

I am not so much against shallow thankfulness as against my own neurotic, superstitious brain.

I'm looking forward to those T-Day haikus. Promise me you'll post an ode to tofurky.

I just posted one for you. Bon appetit!

I love that Gilda Radner said the funny girls were the popular ones in an all-girls school - which she attended.
I try not to take for granted how easy we have it, now, since the more difficult battles were already fought for us.
Can't rest on our laurels (and hardies - har!), though, still plenty of work to accomplish in our lifetime.

PV: One more reason I should have gone to an all-girls school. Not that I was very funny at age 11, unless you think loud impressions of TV commercials are hilarious.

We did the same ritual this year at TG dinner - what are you thankful for (not allowed to say family & friends)? When I said "lower gas prices" I got booed. By a bunch of beaugie hippies living in Marin, no less. So, to revise - I'm thankful to be living in LA with folks who appreciate lower gas prices.

Kinda seems like one of the other "not alloweds" should be booing. But anyway, I'm thankful you're living in L.A. too!