up for grabs, down for keeps 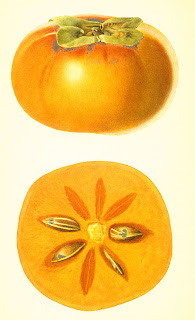 Not that that’s always a good thing, but still.

It helped to read about everyone else’s righteous anger on Facebook and my favorite blogs (yes, I’m actually saying that Facebook heals). I also kind of forced AK to reassure me that she loves me, wants a future with me, etc. and that made me feel better too.

That’s what I hate about Prop. 8—that because I’m insecure, it makes me question my relationship in some small but perverse way. I mean, it’s not like AK and I got married when we had the chance. But marriage is a marker of where a relationship is, and even though it’s often an inaccurate marker (consider never-married Susan Sarandon and Tim Robbins vs. Britney Spears’ five-minute marriage in Vegas), it’s our culture’s shorthand for seriousness, for family. So when it keeps flitting in and out of the realm of possibility, a girl can feel confused.

It’s like when a kid at recess would hold up a bag of Oreos and say, “Up for grabs!” then snatch it away from other kids’ reaching fingers and say, “Down for keeps!” Then the other kids felt stupid for trying to grab the Oreos.

I hate feeling stupid. And I also very much like my own lunch—my veggie burger and my persimmon and my Clif bar—and I’m not going to trade it in for some stupid transfat-laden cookie…that happens to taste really, really good.

Hmm, I guess I had a little more anger to get out of my system after all.

But anyway, I really am feeling better. Yesterday I kept having conversations with Barack Obama in my head. Not political conversations; it was more like we were hanging out and I was introducing him to AK and Team Gato, all of whom I was confident he’d adore, despite his recent puppy declaration.

Unlike George W., Barack Obama is a guy I’d like to have a beer with. Or, as Jamie said at lunch yesterday, “Maybe a scotch.” Then Ryan called her an elitist and told her she was what was wrong with this country.

That's right. They're MY Oreos and you ain't gettin' none! If gays want equal rights, they need to fight for them like white heterosexual males between the ages of 18 and 35 have to. . . Wait. . . It's awesome being me.

Well, at least gays and women can't get drafted. Ha! How do you like them Oreos?