staycationing with my body 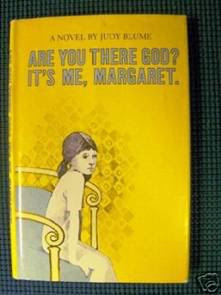 What’s tiring is not so much the staples in my side or the fact that Team Gato doesn’t really understand the meaning of “not a good time to pounce on my stomach” (as I type, T-Mec is trying to wedge herself in the non-space between my laptop, my pillow and my elbow). What’s tiring—and also kind of interesting—is all this living in my body.

The last time I lived so intensely in my body was probably puberty, which I went through early and reluctantly (Are You There, God? It’s Me, Margaret was a cruel joke—why would anyone pray to get her period?). After that my relationship with my body pretty much had two channels: Fat and Not Fat. I spent a lot of time and energy trying to switch from one to the latter, but even during the fattest times, there was a reassuring predictability to my struggle. Cookies = Channel 1. Vegetables = Channel 2.

So to be reminded that my body is capable of all sorts of wild-card things—that it can put a piece of my intestine where it’s not supposed to be, that it can swell up and turn purple in protest of said intestine being put in its place—is a trip, to say the least. There’s the already-somewhat-dwelled-upon midlife crisis of realizing that, if puberty was my body’s way of saying, “Let’s…get…fertile!”, this is more like, “If you lived in the 19th century, you might already be dead by this point.”

But I think my body is also saying, “Hey, Brainiac, stop taking me for granted all the time. I know you think that taking me jogging once in a while will shut me up so you can get on with all your cerebral activities. But that won’t work infinitely. You don’t live in a world of ideas, bitch. Or even a world of tempting brownies.”

I know it’s a cliché to have a brush with—okay, a brush with minor outpatient surgery—and get all appreciative of the little things. And I don’t have stronger feelings about flowers or sunshine than I did before (partly because I haven’t been outside in four days), but I do feel particularly grateful for, say, the human digestive tract. And skin, that unsung hero (I’m writing about a character with an unusual skin disorder right now, so this is especially on my mind). And bodies that manage to be fat or thin based on food consumption, not the random placement of built-up fluids.

AK was goofing around with her camera this morning, and let’s just say that the resulting picture of me prompted many apologies about bad lighting.

“This is a humbling week,” I said. “How I look, how I feel, how I’ve realized I’m way too quick to get frustrated when other people can’t do stuff. Right now my big dream is to deflate to the point where I can put on jeans.”

“Sorry, I shouldn’t be taking pictures.”

“No, it’s good to be humbled sometimes.”

I always sort of thought pregnant ladies were just being self-deprecating when they joked about being as big as a house—like they were trying to point out a “flaw” so the rest of us didn’t feel jealous that they were about to pop out a cute new baby (one only needs to look to the latest issue of Us Weekly to know that this is the most sacred and beautiful thing a celebrity can do).

But now I believe them a little more. I mean, of course they’re excited about the whole baby thing, but I bet they’re also continually weirded out by how much their bodies are suddenly dictating their lives.

I bet that in the midst of diligently not consuming caffeine or alcohol or sushi, the person trapped inside them wants to jump up and down and yell, “I can jump up and down! And I can think about stuff! I want you to understand the plight of my swollen feet, I want you to massage them and tell me I’m special, but I also want you to pretend like none of this is happening. That I’m just an idea moving through the world in an unmarked car.”

As someone who resides mainly in my head, I enjoy a good read about living in the body. ;)

With that, I think I'll lift a few weights before dinner.

Cute babies are, I suppose, cute. But I have never seen a baby that I think even comes close to a puppy or a kitten. And I'm not even allergic to babies.

Good advice about not taking things for granted. I should be jogging more, and lifting wieghts. Is there an exercise that will keep my from going bald?

lol, you make it sound so much more impressive than it is.

SC: I agree, furry things are much cuter than humans. I think you might be out of luck on the hair loss front, but buff bald guys are cute (as long as they don't put their remaining hair in a ponytail).