black and white and days that burn bright 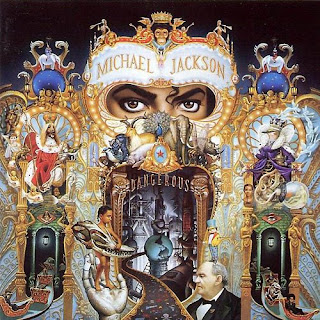 Choreography: I began in a crouch similar to what yogis call “child’s pose” and stayed in this position throughout the long, irrelevant-to-the-rest-of-the-song dialogue between Macaulay Culkin and Norm. When the music began, I jumped up into a straddle-squat sort of thing, then took big, jammin’ steps backward, pulling my arms back in a similarly funky fashion.

The moves that ensued were stolen from three main sources:
What? Oh, right, Michael Jackson. That’s who we were talking about.

Even after rewinding the tape the hundreds of times it took to perfect my moves, I still couldn’t get the lyrics of “Black or White.” I took my baby on a Saturday sun? I had to tell you I ain’t second to none?...Damn it you’ll agree with me, the truth is either wrong or it’s right? Doop a doop a doo yeah yeah yeah? A quick internet search tells me this is not how it goes.

But I got that the song, and Michael, had a queer and vulnerable edge. Not that it was particularly edgy, even in the early nineties, to advocate for racial harmony (or, um, the freedom to play loud music? Still not sure what Macaulay was campaigning for). But something about dressing like a soldier and looking like a girl—a frail one whom Anita could easily beat in a fight—was intriguing, even sexy.

If Facebook is any indication (and that’s about the only thing Facebook ever is), people are feeling nostalgic and generous, with a touch of meta (status update: “On which social networking site did you first hear the news?”) and a dash of anger (“Karma’s a bitch, huh MJ?”).

Michael and I weren’t so close that I identify strongly with any of these sentiments. But yesterday’s double-dose of celebrity death coincided with learning about a friend’s close call, making it one of those strange days that burns a little brighter than others. A day that makes you wonder if you’re shaking in your car because of that Diet Coke or for other reasons. Makes you end the day talking to your mom after deciding that, while you have a strict no-asking-for-concrete-favors policy with God, your mom-as-angel is totally fair game.

You can ask her to hover over a particular apartment building in a particular part of the city and help a particular girl make the right decisions. Because she was always good at that, and if she enjoyed helping you research your undergrad thesis, she’d probably appreciate being asked to help in this instance too. Moms like to feel needed.

My favorite blog entry ever. At first I thought, "another Michael Jackson eulogy, how nice." (I have a hard time being sentimental (mixed feelings) in this particular case). But the last several paragraphs really touched me. Particularly the thought of asking your, "mom-as-angel" for some special consideration. I'm known to do the same from time-to-time.

Incidentally, however insignificant, I rarely keep myself from asking God for a favor. "Please God let there be Diet Coke in the fridge," or, "Please God let me make this green light." I decided that God can filter out the insignificant requests from the really important ones probably much better than I can.

Bottom line: I love this blog entry. It's very touching.

Thanks, Steve. And that's a good point--if anyone knows when to ignore my pettiness, it's God. With that in mind, I hope S/He will make sure the grocery store across the street has good beer in stock right now.

Update: The store has no beer, which is bad. But it also proves God doesn't waste time on trivial stuff, which is good.

(um, via Twitter, and yes, it was a little surreal.)

I was a fan of MJ in elementary school. Thriller likely the 1st album I bought (vinyl!) but I was over him by the time "Black or White" was released.

Love this post though. I'd probably still be impressed with dance routine incorporating cartwheels and back-walkovers.

There are times my dancing is influenced by aerobics routines picked up during my days of taping and working out to Crunch Fitness. Sigh.

Let's start a campaign to bring back jazzercise! I recently bought some gold-accented sneakers, which I think may help.

I have never been a fan of MJ, but loved his Thriller dance. His music (with captioned, of course) and dance artist were so BRILLIANT ! It was because of lots of visualize aids, including the moonwalks during the filming.

At the end of your paragraph, it is very true it is good to talk with a parent. I did a lot to my mom especially during my grad program. Once in a while, I think of her my right hand whenever I ask her advice over the e-mails :0 We have to think of our moms: as an angel for a particular reason.

I grew up watching Michael Jackson and I did always enjoy his music and crazy style! He was a great entertainer.

This was fun to read! And as Steve said, also touching. Thank you.