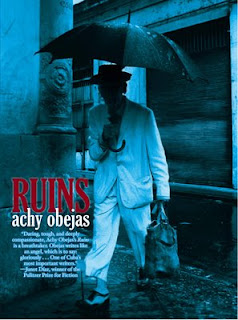 What’s all this talk about summer reading? Living in a relatively season-less city, not being much of a beach person, not being a student or a teacher or anyone else with three months off, I’m both envious of the opportunity to curl up with a pink drink and a pink-jacketed book, and troubled by the implication that this may be the only time of year that some people read.

But I never miss an opportunity to pimp out books I like (or chat about ones I’m ambivalent about). Below is actually just a list of the last five books I read, mostly in coffee shops or on CD in my car, none of them at the beach. But let’s call it a summer reading list. Because in spite of what my pasty skin and curmudgeonly attitude might imply, I really do like sun, and having fun in it.

Beg No Pardon by Lynne Thompson: Lynne Thompson isn’t just an amazing poet, she’s a versatile one--there are persona poems in here, prose poems, short clever poems, long allusive poems, mysterious near-cut-ups, dense and troubling poems, funny poems about fitting into jeans. She describes the moon (she’s a writer who dares to describe the moon) as “a subversive magnet,” which could double as a description of a certain really brilliant poet.

Ruins by Achy Obejas: Usnavy is a great and sympathetic character. In a parallel universe, he would be an absentminded professor, prone to daydreams and idealism, but in Cuba he’s a true believer trapped in poverty as his more pragmatic friends (who aren’t opposed to a little black-market capitalism) pass him by. As he investigates his one glamorous possession, an old Tiffany-style lamp, he strangely grows both more practical and more dreamy, realizing its dollar value while chasing after glimmers of broken glass in ruined buildings. In this way, I wasn’t sure what the book was concluding politically, but that’s probably okay. I just enjoyed Usnavy and the threads of mystery and magic beneath the simple story of a man trying to care for his family.

Giovanni’s Room by James Baldwin: I’m usually a contemporary fiction addict, but this book made me want to read more 1950s lit. It’s like witnessing the birth of our current language. (Although David’s tortured soul definitely made me glad to be living in the 2000s.)

The Painted Drum by Louise Erdrich: To say that this book helped me understand Native American identity seems like the worst kind of over-simplification--but by juxtaposing the stories of various struggling Ojibwe tribe members with those of local animals (ravens, wolves, a dog with “one hungry eye and one friendly eye” who escapes her yard but caries her heavy chain leash with her until her death), Erdrich shows how all kinds of creatures can maintain dignity and a lust for life in the face of innumerable cruelties. The mystery of the drum in the title--its origins and purpose--unfolds beautifully in stories layered on top of each other, from the 19th century to the current one. All her characters, right down to the ravens, are as complex and real as we all deserve to be.

The Writing on My Forehead by Nafisa Haji: The story of Saira Qader’s journeys back and forth between the U.S. and Pakistan, between familial obligation and adventure, is a good one. The family tree produces many winding, viney stories that make for some serious page-turning. There’s an interesting meditation in here on the truths revealed by fictions--the idea is initially presented in a journalist’s guest lecture at Saira’s college, but plays out most fascinatingly in her personal life.

But because the book lacked a bit of the finesse that a more experienced writer might bring, some of the best plot twists felt sudden or glossed-over, and some of the themes were alternately pounded home or ignored for large sections. Nevertheless, I’ll be curious to see what Haji writes next. She’s clearly as enthusiastic a storyteller as the characters in this novel.

I would totally love the beach if they'd pave it and maybe put in some shade.

Yes. And if they would put it right next to my house, instead of three traffic-clogged freeways away.