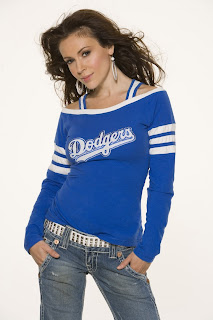 I read Colson Whitehead’s John Henry Days a bunch of years ago, but I still remember how he described the main character, a hacky junket journalist, as accustomed to being a passenger on the road of life. (I think VW used this phrase in their “Drivers Wanted” campaign too, but Whitehead did it with more poetic flair.) The notion struck me as uncomfortably familiar.

But lately I think I’ve passed my driver’s test—even if I took out a few orange cones along the way—so I feel like I’ve earned some passenger time. This weekend I didn’t teach anyone or moderate anything or coordinate a trip to the airport or even drag anyone along to a social event where I felt responsible for them having a good time.

Friday night I showed up during the third hour of a three-hour work event of AK’s. When I arrived at the Dorothy Chandler Pavilion—already a disconcerting place with its 1970s Bob Mackie-esque interior—kids were parading down the staircase in lace gowns and painted calavera faces. A DJ spun Justin Timberlake and Rihanna with awkward transitions. The teenagers struck poses on a makeshift stage beneath a giant triptych of fire, scissors and a bird. All I knew was that the whole project had something to do with the Ring cycle.

Saturday at Lenise’s birthday party, I listened to her friends tell funny stories from their high school days as we all drank fishbowl margaritas. When the cops and paramedics came for a drunk couple and the handcuffed wife shouted, “I’ll dance the fuck to jail!” I thought, Seems like a good plan to me.

Today AK, Nicole, Leslie, Craig, Kenny and I went to a Dodger game. I know now that the Dodgers beat the Giants in a pitcher’s duel in which Manny Ramirez hit a two-run homer. But as I typed that, I had to ask AK, “What did you call it? A pitcher something? Would you put an apostrophe in that? And then Manny Ramirez scored, like, a double home run?”

During the actual game, I ate the PB&J on bread-maker bread we’d brought and washed it down with a soft pretzel left over from our movie-themed book club night. I talked with Kenny about Teen Steam and with Leslie about Glee and with Nicole about OkCupid. Every now and then, Nicole, a lifelong Giants fan, would say, “See, so now your pitcher is doing such and such.”

He wasn’t my pitcher and it wasn’t my game, and that’s what has made this weekend great. When you’re completely clueless, you’re also at your most open. Maybe that’s what Buddhists mean by “child’s mind.” I just like putting adulthood on the back burner for a couple of days because most adult pursuits aren’t as important as you think they are anyway. No one really cares about the stupid bullshit I martyr myself for, so sometimes it’s incredibly nice to sit back and enjoy the fruits of someone else’s awesome laborious bullshit.

Last baseball game I went to was a Dodgers game in LA ca. 1998. Good grief, that's a long time ago.

I like the "putting adulthood on the backburner for a couple of days." Was thinking I'd sort of done the same when I volunteered at a contemp. art museum Friday afternoon. Helping 2 artists create their large exhibition: paper twisting and much staple gun use. The guys are a few years younger than I am. In a way, it's the reverse though: they get the adulthood moniker (in my head at least) because their crazy thousands-of-feet-of-paper creation is going to be on exhibit for months. They've found a way to take this non-adult seeming thing and make it adult.

And that, my dear, is why my life is generally awesome, despite all the health shit. It is the motherfucking Principle Of The Uncarved Block.

I am so fucking zen, I amaze myself.

i think the universe is telling me to join okcupid. i've heard/read about it 3 times this week, yours being the third. alright, fine, universe, i'll go and check it out.

C: I don't know, that gig sounds kind of cultured and responsible, if also very fun.

T: It seems only fair that there's some kind of upside to the health shit. I'm now off to Google the Principle Of The Uncarved Block.

J: The thing about online dating is you can bond with your date about how lame the questions are on the site you both used. Instant conversation starter!