what i read in may 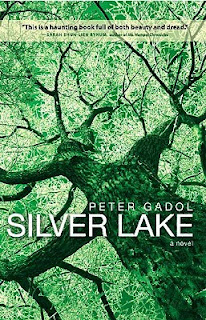 I’ve been really distracted lately, so it might please you to know that June will be a much shorter list.

Cranioklepty: Grave Robbing and the Search for Genius by Colin Dickey (yes, that Colin): People use the phrase "dead and buried" to imply just how very over and complete a thing is. This true tale of famous composers, writers and mystics whose heads were stolen by phrenologists and their contemporaries proves that no person or subject is guaranteed eternal rest. As the poor skulls of Joseph Haydn and Emanuel Swedenborg bounce between various collectors and pseudo-scientists, Dickey paints a portrait of a unique period in history, when Enlightenment reason overlapped with relic-worship, artistic flourishings and eugenics. They were the scariest of times. They were the wackiest of times.

But unlike other "thing histories" that claim to explain the entire history of the world through, like, potatoes, Dickey doesn't try too hard to extrapolate. After all, he's telling the stories of people who thought they could determine the cause of genius by rubbing a person's head. I suspect he doesn't want to be the writerly version of a phrenologist. Instead, he does what writers do best: weave intriguing narratives, juxtapose facts and let people draw their own conclusions. One of mine was that I would like to be cremated, thank you very much.

The Women by T.C. Boyle: Although this book is 464 pages long (15 audio discs in the commuter's world), I don't have a lot to say about it (rare for me!). I like the way it's told: moving more or less backward through three of the four romances in Frank Lloyd Wright's life; narrated by a Japanese former intern now collaborating with his grandson on a book about the architect. Wright comes across as a classic American genius: needy, often thoughtless, but endlessly ambitious and optimistic. His wives and lover are, thankfully, not long-suffering types. One is a resilient Serb, one is an early feminist and one is a bipolar narcissist. Wright deserves all of them in various ways. The book is an engaging literary soap opera with some interesting tidbits about architectural history.

Breathing, In Dust by Tim Z. Hernandez: It takes a poet to describe the Central Valley's unique beauties and harsh details so poignantly, and Tim Z. Hernandez is the right poet for the job. The language here is limber, ranging from elevated metaphor to first-person high school kid to an epistle by the kid's dad, who clearly doesn't write a lot of letters. All of it feels authentic. This novel-in-stories is more like a series of vignettes, though there is an arc (Tlaloc, the child of farm workers, struggles to get out of the town he loves and hates). But every time I found myself floating on the lovely prose, I'd be slammed with an intense anecdote: A man murders a kid for allegedly stealing bull sperm, or cops disappear undocumented immigrants from an L.A.-bound bus. Just when you think the Valley is all orange groves and people chilling on porches, you're reminded: There is plenty of story here.

Silver Lake by Peter Gadol: The most literary page turner or the page-turningest literary novel I've read in a long time. Silver Lake is the story of two men who have been together for twenty years, most of which have been devoted to making a good life even better: They have a house with a lake view, a semi-successful architectural practice and their weekends are devoted to tennis and expensive cheese. But while the core is not exactly rotten, there are definitely a few loose threads in the fabric of their relationship that could unravel if pulled. Enter Tom, a lonely and charismatic drifter who does just that.

The plot is actually much more interesting than that, but I don't want to give too much away. So I'll just name a few of the things I loved about this book: the all-too-rare in-depth examination of a long-term relationship (and a gay one at that); the way Gadol introduces new bits of backstory at just the right moments, making the reader as distrusting as the characters; his amazing ability to retell a story by shifting the angle of the camera; the idea that every relationship has a shadow history--a different way things could have gone; the reminder that it's healthy to be needy; the way a neighborhood where I know almost every store and corner becomes beautifully timeless. As I tore through it, I kept lamenting how few pages I had left.

The Mansion of Happiness by Robin Ekiss: This was my book club's first foray into poetry, and as a side note to any review of the book, I want to say how much fun it was to read poems out loud to each other and speculate on their meanings. Only one member is a poet, and Ekiss' work is not the most "accessible," so it was pleasant to discover that neither was a prerequisite for conversation.

I read The Mansion of Happiness on the heels of Kimiko Hahn's The Artist's Daughter--they're definitely kindred macabre spirits, obsessed with creepy historical imagery, from dolls and dummies to World's Fair exhibitions. They both use these images to allude to personal but never explicitly revealed relationships. But Ekiss seems a bit more language-driven, and is not afraid of rhymes and puns, as some "serious" poets might be. I admired her wordplay even though I never felt like was giving her poems the full attention they deserved. At times I also wanted more variety and rawness, and occasionally I wanted to abandon a poem in favor of its source material. But mostly I admired, and shivered in a good way.

The Almost Moon by Alice Sebold: At her best, Alice Sebold finds perfect, bizarre details that inject her suburban family stories with a dark, glimmering quality. In The Lovely Bones, it was that sinkhole on the edge of town. Here it's a town abandoned to make way for a flood that never came, now populated only by plywood cutouts crafted by the protagonist's father. And if the entire novel had been about that town or those cutouts, I might have really liked it. But instead it's about the protagonist and her mentally ill mother, and I felt like Sebold was asking me to take her word for the intensity and horror of their relationship. The violent event at the beginning is the stuff of psychological thrillers, but although the story picks up toward the end, it's largely a bland narrative with some interesting bedazzling.

I chose Peter Gadol's book as a must-read last Summer. Wasn't it great!

You chose right--I can't believe I waited so long to read it!