the stubborn but inspired unconscious 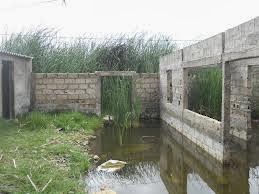 I’ve been visiting a hypnotherapist—because I’m not the kind of girl who can be content with just two therapists (couples and regular), and because I want her to convince my subconscious that a long happy life is viable, that imminent doom is not my destiny. She’s been having me write down my dreams, and let me tell you, that shit is one long found poem.

Last night I attended Rhapsodomancy’s ninth anniversary reading at Good Luck Bar and heard work by Cynthia Cruz, Rob Roberge, Louise Mathias and Wendy Ortiz. Soon I was itching to write dark, spare poetry like Cruz’s. Here’s what I came up with, transcribed directly from the previous night’s dream. I genuinely don’t know what it means, which feels like cheating, like I’m one of those coy writers. But, like about eighty percent of my dreams, it seems about guilt on some level, and appropriate for Columbus Day/Indigenous Peoples Day/Genocide Day.

A Movie We Didn’t Know We Were In

We played in the abandoned rooms
beneath the abandoned house.
Or maybe it was a school or stable;
the walls were damp stone.
They were schoolboys, young
but not innocent.

It was a prank, or a movie
we didn’t know we were in.
The water rushed in,
nothing so rational
as a cleansing flood.

She was a girl and a horse.
We forgot she was locked there,
and fled.

Did we see her tilt her face
toward the top of the grate
as the water lifted her?
Did we hear her scream,
or did we just know
how it would have gone,
and imagine it?

Here's to random dreams! Mine tend to be influenced by what I've watched on tv lately (take that as you will), but I had one recently ripped from my subconscious.

An Indian couple were interested in buying one of my photographs from a gallery show, much like the small fry group show I was in a few months ago. The husband was interested in getting another frame. It was one of those cheap glass frames with metal clips on the edges, so I didn't blame him though I was worried that my photo may have adhesed to the glass. (Like an old photo of mine from years ago actually did.)

I worried about how much to say it cost because I hadn't filled that part out before the show, so it wasn't listed. I was thinking $200, $300? but if he wanted a new frame, he'd have to pay for that separately.

But then I saw that someone had put a price on my photo of $24,710 (or thereabouts, maybe it was $27,410). In any case, I was thinking, "Holy shit! What were they thinking?" and wondering if the Indian couple had already seen this price and were interested anyway.

Then I thought if they're paying that much, I really shouldn't be nickel and dimeing them for the frame.

I woke up before it resolved in any way with a sense of this says a lot about my feelings about my art and its worth and how subjective I find it all to be.

Fascinating! My therapist would want to know what meaning 24710/27410 might have for you.