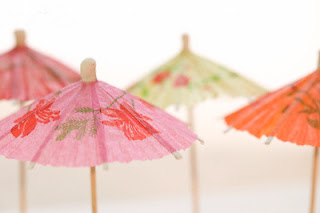 The first time AK visited Honolulu, someone told her she could pass for a native Hawaiian. Then she opened her mouth.

I spent my lunch hour at Starbucks across from two guys selling Herbalife or some sort of pyramid scheme on their cell phones. They both had Madonna mics and a lot of product in their hair.

“Hi, this is Sean Michael,” one of them said over and over. “So, you’re in the Valley? And what do you do, what’s your background? Are you looking to get started with something pretty quickly?”

After he hung up, he would turn to his friend and say, “See, I show them how valuable my time is. Like that guy just now, I told him I’d have to call him back later. They need to know how busy I am.”

Why is busy-ness—not just busy-ness but too-busy-for-you-ness—a trait people try to achieve? Yeah, you don’t want to be a total couch potato, but do you really think people will be impressed that you have no time for them because you’re too busy successfully selling Herbalife at Starbucks? Wouldn’t you rather be known for, say, promptly and courteously returning emails? Or, like, enjoying life?

Can you tell I’m ready for some laidback aloha spirit? Conveniently, Jamie and Lee-Roy have decided to get married in Hawaii, where AK and I will be for the next week. Ironically, it’s actually going to be kind of a busy trip since we’re visiting two islands and seeing friends. But if I’m going to be busy, I want to be busy trying many different kinds of drinks with umbrellas in them.

Do you read Blogography? Dave2 was just in Hawaii last month and chronicled a bunch of places he visited, many of which sounded cool.

I'll have to check out his blog. Thanks for the tip!

Oooh, I'm jealous!
I loved being told I look like a local, too, while visiting as a tourist.
And I'll bet I talk faster than AK, or at least a lot more (wait 'til I meet'chu).

One of my favorite books of the last few years:

Bummer, it would be nice to get the information from AK if she has not opened her mouth. I would have love to learn something else that it is not in the book.

Don't we all have to play a hard ball game once in a while? Shh, I still do that to my husband even on my Fall and Spring Break by going out and have fun when he sometimes asks me to run errands for him. I made the excuses up by telling him that the kids pull me down.

While you are in a mainland, have fun reading tons of books and being "buzzed."

I wish it wasn't the norm to be so busy or act too busy. I'd be a nice change of pace for people to have time for each other.

I'm sorry, but I'm just too busy and self-important to comment on your blog.

Thanks, everyone (except you, too-busy b52...just kidding). I'm back and feeling great, if not exactly "rested." Pics coming soon!