damn, we nice and slow

The weekend started at the Aquarium of the Pacific, where AK, her sister Lori and I elbowed small children out of the way so we could feed the lorikeets. 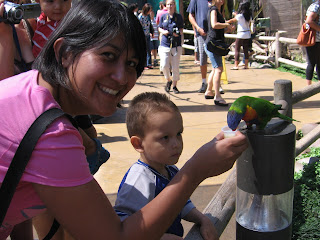 The bait was taken. 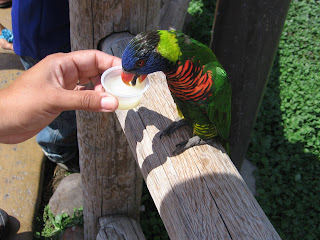 But despite their dependence on $3 cups of nectar from tourists, the birds maintained a certain formidable dignity. 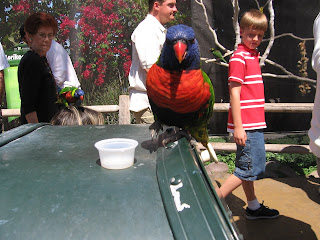 As did the sisters Ybarra. 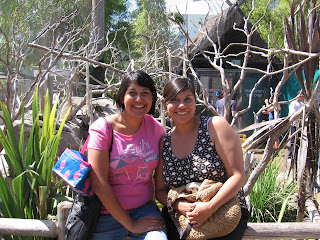 I'm sort of fascinated with museum signage, like how the Body Worlds exhibit took such pains to explain that the dead guy in a top hat was science not (god forbid) art. So I especially liked the "journal excerpts" posted in the lorikeet forest, in which an unnamed 19th century explorer washed up on Australian shores and quickly went native with the local lorikeets, which he and his cook, Finnegan, miraculously knew all sorts of facts about.

AK and I got a couple of the lorikeets he sketched to sit on our arms. 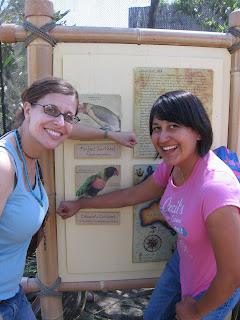 I was going to say that I wish I could have an entire wall of jellyfish in my house because they are like nature's beautiful, moving wallpaper. But in this picture I realize they sort of look like entrails. 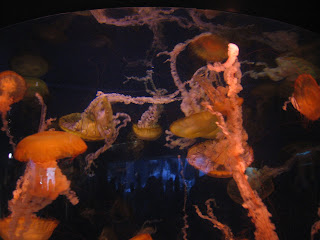 The Aquarium of the Pacific asked the hard questions. 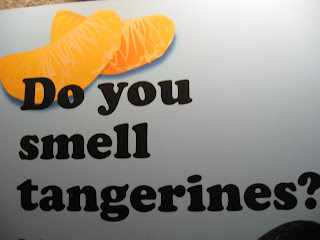 Sunday we tried to see Dazed and Confused at Hollywood Forever, but apparently every person in L.A. who wasn't out of town for the weekend had the exact same idea. They sold out early on, so we picnicked outside the cemetery gates and found that the movie itself was not terribly essential to our evening. A woman walked by with a wooden box--like an old-fashioned cigarette girl--asking if we wanted any weed. Then she looked to the locked gates. "I've got to get in there," she said. "Those are my clients. I've got $700 worth of pot to unload." "You could hop the fence," we suggested. She double-knotted her shoes and took off. 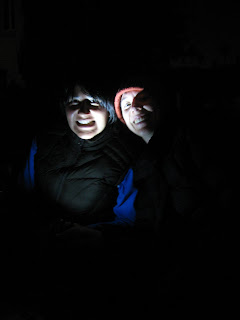 Monday we camped out at the corner of 3rd and Rossmore to catch our friend Craig at mile twenty of the L.A. Marathon. 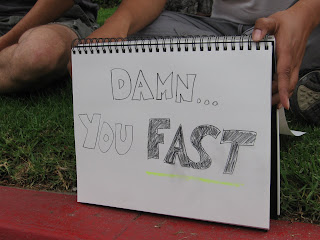 He did not look like a guy who'd just run twenty miles. 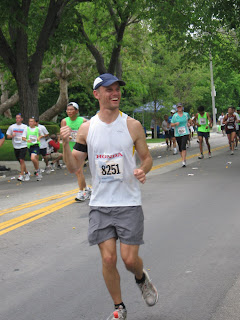 Then he took off, and we did too. For Denny's, for hash browns and coffee. Because that's how sane people spend a weekend morning. 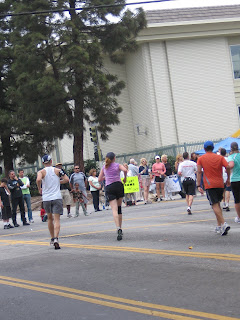 If the body worlds exhibit is the one I'm thinking of, I thought it was supposed to be art, or well, creepy art. Maybe it's a funding issue.

Also, your friend looks great in his 20 mi. shot, and that's just crazy.

I think we're thinking of the same Body Worlds. There was a lot of controversy surrounding displaying actual dead bodies, and I suspect it was easier to justify under the guise of science and education than art--but I agree: totally art.

Yeah, Craig is amazing. I'd say "no fair!" but it's actually completely fair, given that he put in zillions of hours training.

Hey! I want a lorikeet! Did it say anything about how they get along with cats... ?

Did'ja see the Leafy Seadragons and the Weedy Seadragons? Those are my favorite!
And I'll have to disagree - a dead guy in a top hat, on display, no less, IS art.
Or in costume, at least.

I love that the last image of freindly-vintage-dealer-girl was her double knotting her shoes. $700 dollars worth of weed must make a cemetary fence look an 80's step aerobic platform.

(I read your blog and don't usually comment! I'm hoping to change that. :D )

U: Yes, they should all be three days long. Sigh.

J: I'm not sure. I'll have to consult with Finnegan.

PV: I didn't see even one seadragon, leafy, weedy or otherwise! I'll just have to go back.

P: Welcome! You know that making the leap from lurker to commenter is the first step toward having your own blog, right? (Hint, hint.)