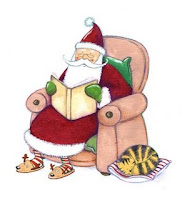 I was halfway through a second helping of pumpkin ice cream at my sister’s pre-Thanksgiving Thanksgiving party this weekend when it occurred to me: The holidays have begun. Eating season has begun. (For me, eating, like sunshine in Southern California, is perennial, but sometimes the sun is extra bright, you know?)

This week I will attempt to bake sweet potato pie, which might sound like a respectably heady undertaking if I were going to make the crust. But Vons already took care of that for me, so I just have the filling to worry about. And I’m still worried.

But not worried enough to actually make a practice pie before inflicting it on AK’s family. This way I’ll know for sure that they like me for me, not just for my baking skills. Also, there’s a reason that grocery stores are open and stocked with pre-made pies on Thursday morning, right?

While we’re on the subject of American holiday pastimes: It’s not just eating season but shopping season. Apparently I am into practice shopping, because Sara, Dave, AK and I hit up a few stores in Burbank on Saturday, but I only bought one tiny present. At this rate, I should have my shopping done by March.

I hope you’ll do the same. My theory is that karma is extra intense around the holidays, and if your sweet potatoes were grown without pesticides and your reading material doesn’t come from a store that is actively trying to drive others out of business—well, Karma Santa is going to put you on his good list, don’t you think?

For SoCal locales, see below.* For other ideas, check out the Bookstore People blog.

I'm buying everyone I know prewrapped gift baskets from Wal-Mart.

Then I'll give them Hall Mark cards so they know I'm sincere.

Well, as long as the baskets include I nice cheese log, I'm down.

An impressive list!
Someone at work told me that the secret to baking a good sweet potato pie was to use yams.
Clear as mud.

i would buy books but i am making my own presents. i will be framing my poems along with a photo that i took. i am also decorating the frames with beads and stuff. i'll prolly be done by june.

and i have to admit i'm getting an employee appreciation discount of 40% at borders. that's hard to beat. but i encourage others to shop at independent bookstores. i suppose that doesn't count.

PV: I heard that most of the yams sold in the U.S. are actually a type of sweet potato. Just to keep things nice and confusing.

J: I talk big, but ultimately I can't argue with a hefty employee discount. All book-buying is good, and all gift-making is even better.

I'm happy to say I bought some books at Skylight the other day. Some were presents, many were for me, greedy me :D

But it's the kind of greed that you can feel good about!