what would jesus boil alive? 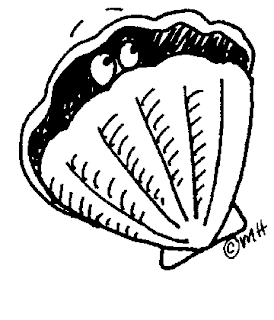 Saturday we saw The Box, a strange, fascinating and confusing movie that I wish Hollywood would make more of. Since trying to decipher the mythology, ideology and/or plot of the movie kind of makes my head hurt (do aliens equal God? Is free will a lie? A curse? Would it help if I brushed up on my Sartre?), I will leave it at that.

Sunday I reprised two thirds of the meal we learned to make in our Hipcooks class. Since I couldn’t be bothered to hunt down saffron for the Portuguese seafood stew, it’s probably best that I didn’t even attempt the soufflé. Soufflées are not for the lazy.

But even sans saffron—and sans turmeric, which is what came up when I Googled “saffron substitutes,” but all that was in the T section of my spice shelf was thyme—the stew came out pretty good. It marked my first experience buying live seafood: clams and black mussels. Carrying them home from Fish King, feeling cool for having gone to a real fish market, I explained to them that I appreciated their contribution to my dinner.

Not that I can claim to have researched Native American practices or anything, but there’s something appealing about acknowledging that your food comes from sacrifice. A mussel’s life, a human’s labor. There’s something about being able to look your meal in the eye (although I was very grateful shellfish don’t have eyes), know the means of production and be okay with it.

I’m not okay with the means of production behind most of what I touch on any given day. There’s so much sweatshop labor, so much plastic packaging, so many over-fished waters. But I don’t see it, so I keep at it. If that plastic-barge-the-size-of-Texas was bumping up against my living room window, I might use a little less squeeze-bottled hair product.

2. confessions of a (non)recovering intellectual

AK and I have been going to a series of workshops at church titled “Engaging Evangelicalism” (partly group therapy for its now-Episcopalian refugees, partly an attempt by All Saints to be open-minded instead of just hating on the religious right). On Sunday, a discussion about biblical authority led to the question, “Have you ever questioned your own moral judgment?”

The shoes I just ordered online arrived today and were too big, so I returned them to the nearest DSW, where I was dismayed to learn shipping and handling weren’t refundable. I left without a replacement pair, only because I didn’t find any I liked, not because I’m morally responsible.

Then I ate canned salmon salad for lunch. Free will is a bitch.

Maybe everyone has their own gospel truth. When I don't know what's best, the perfect pair of shoes IS the answer.
I'm sorry that this pair was not your answer.
Maybe next week.

You're just saying shoes are the answer because you're part of the Western capitalist machine. But as a fellow member, I like how you think.