in which i hate on families, but in a loving way 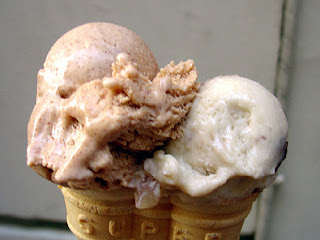 I logged in to blog about how Terry’s interview with me is now up at The Bilerico Project. She asked great questions and wrote up a really impressive article despite being overloaded with work after a week at some sort of yoga-teacher boot camp. She’s a true pro.

But instead I find myself wanting to blog about two groups of people who annoy me:

1) Gangs of seven-year-old girls. They hang out in front of Baskin-Robbins, high on lime daiquiri sorbet, squealing and making plans for Opposite Day. If one of them gets hold of a cell phone, watch out. They will fucking text “I hate you” to their own mothers. Then they’ll scream, “It was a prank! It was a prank!”

2) A particular strain of stay-at-home mom on Facebook. I know I’m treading on dangerous territory by saying this, and maybe it’s because my biological clock is juuuust beginning to tick (though not enough to want to spend more than twenty seconds with a seven-year-old), but I feel like Facebook is a year-round, 24-hours-a-day braggy Christmas letter.

Not that anyone asked me, but a couple of things I am generally against:
Incidentally, if anyone wants to follow this up with a post about how they can’t stand writers who are always posting about their stupid readings, that person would be fully justified. You know I’m just jealous, right? Because I have this deluded notion that moms without day jobs have a ton of time to write. Yeah, I know.

Thank you! and thank god i'm not the only one. facebook actually makes me sick somedays. ugh! no one gets depressed on facebook, no one rants about the stupidity of life, instead everyone writes about them eating a pb and j, and not only that, it's like eating a pb and j is the greatest thing on earth. which sometimes it can be, but for god's sake do you have to tell everyone on facebook about it! arrrrrghhhhhh.

and that's so funny about playa. cuz i do read it as the spanish word for beach. i guess maybe we could spell it like this, playah. hahaha

J: And yet there I am on Facebook, reading about people's sandwiches. I am part of the problem, not the solution. But c'est la vie, right?

PG: Does this mean you'll help me take down the gang outside Baskin-Robbins?

Facebook always sucked. Now it sucks in a new and fresh way.

I'd blog about my pets everyday if I wasn't self-actualized enough to know that I'm insane.

Me too. See, that's all I ask of Facebook--a little self-actualization. Okay, I guess that's a lot to ask.

That IS a pretty sweet banana phone, though. I mean, who could your cat be calling anyway?! LOL.

Oh, he has so much to say. He's probably calling some poor customer service rep in India who's paid to listen.