what i read in july 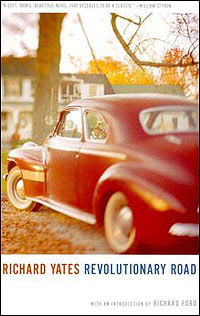 The Labrys Reunion by Terry Wolverton: From the vantage point of a couple of decades later, it's easy to see how an idealistic educational institute/think tank/summer camp for feminists might spark some, well, drama. But for the women who gathered at Labrys in the '70s, hopes and stakes were high. When the murder of one of their daughters prompts the reunion of the title, they gather as a much warier bunch--not just of each other, but of the murdered girl's Gen X friends, a mix of apparent slackers, confusing gender-benders and loose cannons.

As always, Wolverton's writing is compelling and surefooted, which helped me distinguish between the many characters and interpretations of feminism that populate this novel. Ultimately, I was most moved by protagonist Gwen's realization that feminism's imperfection is a product of its success: "She had continued to see this movement as an elaborate drama in which the women of the world were happily and purposefully engaged in a bloodless revolution.... How had she managed all these years to avoid that simple truth, that taking power had consequences?" Some good consequences, some bad, all worth reading about

World War Z by Max Brooks: The idea is great. The details are great (zombie copycats, exploitative fake vaccines, unlikely weapons recycled from other wars). But the execution is pretty mediocre. The prose isn't speech-like enough to pass as genuine oral history, but it's not pretty enough to be enjoyable on a literary level either. And after a while the dozens of characters and zillions of battles made my eyes glaze over.

Revolutionary Road by Richard Yates: I don't know why I'm always surprised when classics (for me that's anything pre-1970) turn out to be good. But this book was more riveting than the zombie novel I was reading concurrently, and I was consistently blown away by Richard Yates' character descriptions. It takes serious precision to capture Frank Wheeler's self-conscious brand of clueless-ness. It was also interesting to read a portrait of 1950s suburban life written while it was still taking shape--to learn that hipster reactionaries to the bourgeoisie are not unique to the 2000s (but can be a melancholy cautionary tale in any decade).

Bad Girls Burn Slow by Pam Ward: L.A. noir with a healthy dose of gleeful, funny pulp, this novel of scam artists trying to out-scam each other is lots of fun to read. Pam Ward seems to enjoy pushing the limits of how nasty she can make her characters, and her wicked joy is contagious. By not just blurring but totally rubbing out the line between villain and hero (not to mention black and white, male and female, even living and dead), she also reveals how a sly individual can use society's mistaken assumptions to his or her advantage.

I bought Revolutionary Road today, it's been on my to read list for far too long. It's time.

Definitely one of my favorite discoveries this year.