[From my New York travel journal:]

Today is the day of my reading at Bluestockings. This trip has been a little mishap-prone so far—first Tommy thought he could host us but couldn’t, then there was confusion about the date and time of the reading, then AK realized on the way to the airport that she’d forgotten her backpack, so we had to turn around and reconfigure our morning. As you can imagine, by the time we were heading back through rush hour traffic, there were tears.

Promoting a book is hard—the world is big and not necessarily friendly, and I can’t always think of a good reason why it should care about my little book. But if I don’t, who will?

But I think—knock on the funky fake wood paneling of the East Village apartment we’re subletting—that it’s working out. For the best, even. We have a place to stay. As of this moment, I don’t hate my own writing too much to read it out loud to people. I turned my brain off on the plane, napping and watching four episodes of A Real Chance at Love 2 on VH1.

When we arrived, we managed to navigate the subway and land ourselves in the right place. The air was all crisp and fall-like. The streets were packed with NYU students, all in clothes I envy. And there’s just something great about a place where you can buy a fedora on the street at 11 p.m. 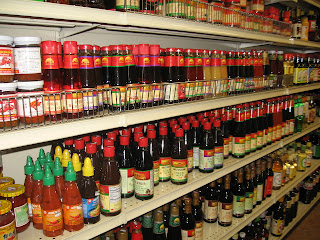 We feasted on Korean food and then bought groceries—we’ve told ourselves that it’s okay to pay for accommodations because we have a kitchen and will save money on food. We’ll see.

I just read the Neil Patrick Harris profile in our temporary landlord Jen’s copy of New York Magazine, where he talked about how Rent helped him shake off his Doogie neuroses and come out:

“This gypsy world of people who are just so appreciative of each other’s individuality! Where some people are super gay and have girlfriends or boyfriends for twenty years, and others swing both ways—or are straight and have a wife but they’re okay with gay men giving them foot massages and don’t freak out. And you’re singing about that: no day but today and there’s only us and there’s only this and don’t regret.”

I almost cried! It’s so nice to know it meant as much to him as it did to his fans, you know? 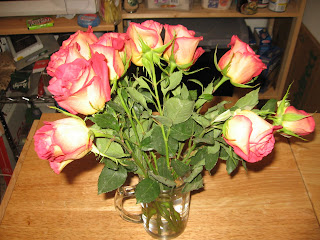 You know how there are sentences that hit you when you read them? Sort of a yeah, wish I'd written something like that because it's so cool, descriptive, or creative with language. Lilac Mines is full of those. Too many to casually jot down.

So yeah... stand up at your readings and be proud. Not cocky 'cuz that would be schmarmy, but confident.

Also the "fall-like" comment made me laugh. Not fall-like, just fall here. ;) Look forward to reading more of the NYC adventure.

p.s. s'pose I should concede that NYC might have been 'fall-like' as I'm more northerly and probably colder...

C: You are kind. Thank goodness for my blog peeps! And I probably thought "fall-like" because season-esque is the most we get out here in California. I bet it's gorgeous upstate.