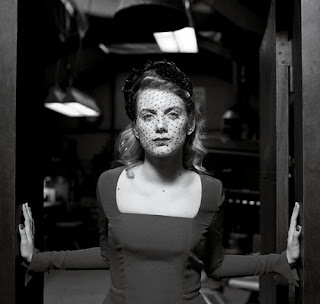 L.A. has cooled off just enough that the air conditioning in movie theaters is freezing again. But the lack of insulation in my entirely-synthetic-materials blazer was worth enduring to see two really good movies this weekend.

They’ve been running trailers for Inglourious Basterds for like eight months now, and I had kind of dismissed the movie as a another of Tarantino’s violent, masterful homages to a bunch of movies I haven’t seen—a thing I might be able to appreciate in theory, but would be really bored by in actuality. (I loved Death Proof but I was not into Kill Bill: Volumes 1 or 2.) Also, I put a high burden of proof on World War II movies in general—yes, the Holocaust sucked; yes, some people were heroic. But there are so many other sucky and heroic things to make movies about. Why keep storming that same beach over and over?

But Tarantino, as America’s most famous cinefile, had a similar thought, I think. Inglourious Basterds seems like his attempt to exorcise World War II from our psyches once and for all. (Spoiler alert, sort of: -->) I think he was like, Let’s end this war. Let’s literally end it. Let’s take the fantasy that was Valkyrie and run with it in a crazy, ballsy way. It totally worked. Sometimes funny, sometimes heartbreaking (especially in the case of Melanie Laurent’s storyline), never bogged down by little annoyances like historical accuracy.

AK and I also saw Extract, which, like Office Space and arguably King of the Hill, is one of Mike Judge’s nostalgic/wistful looks at American workplaces. (Remember how the guy in Office Space gives up his soul-sucking white collar job to work in the more honest field of construction?) In Extract, Jason Bateman is the owner of a food flavoring company that is on the simultaneous verge of being bought out for big money (a fate he’s worked hard for) and being sued into bankruptcy by an injured employee.

The movie, like Office Space, takes all sorts of vaguely relevant, very funny twists and turns before reaching its ultimate conclusion that the ideal workplace is one in which management and labor work together closely enough that either abusing the employees or going on strike would be just plain awkward. I can’t disagree, but I’m also sad when I think about how few companies actually fit this model. In the same way that I suspect Judge knew that working construction wasn’t exactly a life of bon bon-eating, I think he knows that labor and management won’t always work things out with a handshake either. Work is always going to be work, but with a little (more) work, we can make it suck a little bit less.

Extract also contains the funniest weed-smoking scene I’ve seen in a long time, which is the comedy equivalent of a World War II movie: It’s been done so much that it’s hard to make it original. But Judge does, and the scene is rivaled only by Ben Affleck’s brief soliloquy about the merits of Xanax.