some truths behind "you lie" 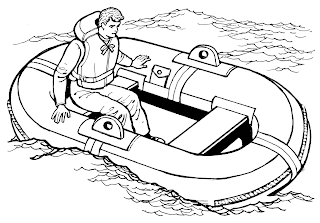 People—at least Jimmy Carter and some talking heads on NPR, whom I’ve been listening to during vast stints of data entry at work—have been saying that Joe Wilson’s “You lie” call-and-response moment was racist, that no congressperson would have been so comfortable shouting down a white man.

That might be true. I don’t know Joe Wilson, so I can’t say what was going through his subconscious at that time. I never thought that Obama’s election was proof that racism in America was over, but it’s been nice to see that—after the media’s initial “Oh my god, we elected a black guy!” squeal (I squealed too)—coverage has been mostly about his policies, and occasionally about his dog. His job is too busy and important to get bogged down in questions of symbolism, even if he serves as and was partially elected as a symbol.

But I keep waiting for someone to talk about where the racism in Joe Wilson’s comment was really directed. Remember, it was in response to Obama’s claim that his health care proposal wouldn’t cover undocumented immigrants. While the form Wilson’s comment took is debatably racist, its content seems blatantly so. The fact that politicians (Obama included) are in such a hurry to show that they’re against providing health care for undocumented immigrants strikes me as completely racist.

Knowing what a monumental hurdle it will be just to cover American citizens, I’m not so naïve as to think it would be easy or even possible to invite another big group of people onto our creaky, leaky, patched-together life raft of a health care system. But could we at least admit that shoving them back into the water is a shitty thing to do? If the vast majority weren’t poor and non-white, I think we might be more like, “We’ll try to pick you up on the next boat, ‘kay?” We wouldn’t shove and then thump our chests about it.

So did I just call Obama a racist too? I’m going to give him the benefit of the doubt and say he’s a political realist. Just like how, deep in my heart, I want to believe that deep in his heart, he’s all for gay marriage, I want to think that, if he were king instead of president, he’d institute socialized (yeah, I said it) medicine for all U.S. residents regardless of citizenship. That’s what I plan to do when I’m empress.

Best commentary I've read on the "you lie" scandal. Have you shown the editors of Slate or HufPo this little piece?

Thanks, C.C. and JH. Perhaps I shall call a royal press conference and invite said editors.

Love it. You really articulated a difficult point about a president I love and a cause I believe we fervently need. Thank you!

I shall certainly appoint you Empress of The Americas once I complete my plan for world domination. Of course, if Los Gatos gets there first, all bets are off.

This was really well written, I thought- I agree with you on all points.

Good luck on the empress thing. Remember that I made a nice comment if you get into a head chopping kind of mood someday!

Wilson is from South Carolina. I'm born and raised in SC and I can tell you that everyone in SC is racist to a degree. White, black, brown, ect. So, therefore, Wilson is a racist. No question about it.

Also, I love Obama, but I'm starting to think that he doesn't give two hoots about gay marriage. I hope I'm wrong.

Excellent points all around. I dare admit however that I am not in favor of a national health system extending health benefits to undocumented immigrants. I don't think it makes me a racist, but maybe it does.

I feel the same way about extending healthcare to undocumented immigrants as I do about the US fighitng a war in Iraq. My feeling is that it just isn't our business to do these things. We can no more afford to provide healthcare to the world than we can to police all of the world's problems.

I would like to see the US first concern itself with providing healthcare to the people who are the country's first responsibility - it's citizens. After we do that, we can extend healthcare to other people with all the money we have left over.

I hope I'm not a racist. Maybe I am. In either case, I think Wilson's outburst is deplorable and very uncongressmanlike. What a dope.

I think Steve C makes a fair point, but I think it's important that we acknowledge the potential healthcare pitfall of trying to cover ourselves first and then our undocumented immigrant neighbors.

For one thing, it's a health risk. When people do not have access to healthcare, they don't have access to vaccinations, and delay treatment for as long as possible. H1N1 presents a perfect example - let's pretend that a significant portion of the 12 million undocumented people in this country come down with the flu. They haven't been vaccinated, they don't seek medical treatment, and because of the nature of their work it's likely that a large segment of their population will continue working in spite of being sick. That makes it even more difficult for healthcare authorities to control the spread of the virus, putting us all at a greater risk.

Secondly, people without healthcare generally avoid going to the doctor for as long as possible, until their condition becomes an emergency. Legally in most states they cannot be turned away from emergency care, at which point their conditions (which might have been more easily treatable or managed properly if earlier diagnosed) will now cost the hospital hundreds of thousands of dollars.

I recognize that discussing illegal immigrants is absolutely toxic to politicians of all stripes, and it definitely seems toxic to the possibility of passing healthcare reform. But even if we set aside the ethical issues of excluding them, there are compelling reasons to at least discuss the healthcare implications of any reform that is passed without them, and I'm frustrated that we can't have an open national discussion in this country without losing the conversation to inflammatory rhetoric.

TL: I knew there was a reason I was supporting your bid for world domination. Political favors, here we come.

INB: Thanks. You might want to get in good with Tracy too.

MC: You're probably right, but...maybe like three-quarters of a hoot?

SC: It's the excitement about denying health insurance to undocumented immigrants that I find particularly disturbing. Saying it's unrealistic or not our business is probably, well, realistic, despite my utopian dreams.

S: Thanks for making my utopian dreams sound, in fact, realistic. Yeah, it's important to remember the public health angle.