Headed home! In a possible role reversal, last night AK was feeling tired and ready to see L.A., and I was sad we couldn’t stay longer. I was all mopey and like “Will you still love me when I go back to being uptight?”

Yesterday afternoon we said a fond farewell to Jen’s East Village apartment and schlepped over to the Chelsea International Hostel. They’d been kind of disorganized during the reservation-making process, so I was a little worried I’d show up and they’d be all “Cheryl Klein who?”

But occasionally such things work in your favor—not only did they upgrade us to our own room for the price of dorm beds, but they only charged us for one dorm bed. I made AK lay low so they wouldn’t discover their mistake. How often do you get a room in Chelsea for $37? 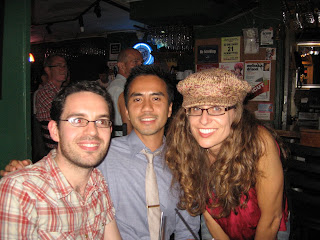 Tommy knows me well, so our next stop was a Chelsea piano bar called the Duplex, which hosts (not on Mondays, unfortunately) a “Mostly Sondheim” night. A combination of audience members and bar staff sang, including a hairdresser from Indiana who cried her way through “Landslide.”

“There’s no crying in piano bar,” the bartender admonished. She sang a couple of Train songs herself. I’m not a big Train fan, but apparently I like anything once it’s been show tune-ized—stripped down, sung clearly and with piano. 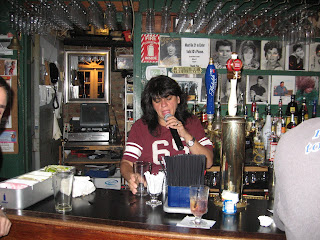 The first and only show tune that night was sung by a girl they introduced as a “Broadway belter.” She did a pretty kick-ass “The Wizard and I,” but she was one part trained professional, one part “I’ve practiced this in front of my bedroom mirror a lot.” AK pretended it was my birthday and went over to request some Sondheim from her—I was hoping for “Ladies Who Lunch.”

But the girl got flustered and said, “I really don’t know much Sondheim. I only do the modern stuff.”

So even though it wasn’t my birthday, I felt older.

This morning we took a final outing to the Highline, an old elevated train track recently converted to a long skinny park-in-the-sky. I have to say it felt pretty great to walk without dodging cars, and to see something green. 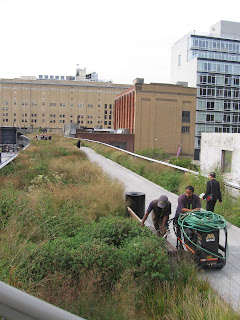 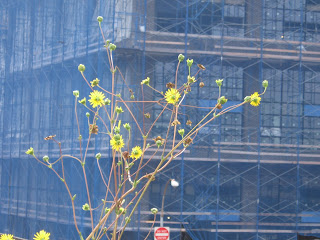 I loved the Highline when I was in NYC. What a great use of those old tracks.

"So even though it wasn’t my birthday, I felt older." Ha ha. I understand that feeling! Glad you're having a fun time. :-)

DK: Yeah, it's nice to see nature taking back the city. All we need are some wild animals.

S: Sondheim does have a new musical out, but I didn't think delivering a nerdy Sondheim lecture would do much for my cause.

Well, even if you felt older, you're still younger than Sizzle and me! :)

PV: I suspect you really know how to rock a piano bar. Glad you like the hat--it was a gift from AK's sister, and I love it too.

oh my god, look at that gorgeous hair!