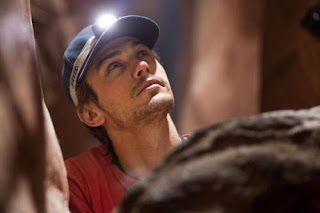 Last weekend AK and I went to see For Colored Girls. It was a gamble. I’d seen a production of Ntozake Shange’s for colored girls who have considered suicide/when the rainbow is enuf in college and remembered liking it. But I’d also seen Diary of a Mad Black Woman, whose lessons included “You should forgive the guy who beats you” and “Men in dresses are funny.”

It was clear by the opening credits—a pastel cornucopia of fonts you might find on a PTA meeting flyer—that this movie was going to be too much Tyler Perry, not enough Ntozake Shange. It was even more clear by the rape scene intercut with shots of an upbeat opera. I can’t look away from the tonal and moral car wreck that is seemingly* Tyler Perry’s aesthetic, but AK can. And that night I could too because I was falling asleep. I wanted to have a strong opinion about the fact that the movie’s resident slut was clearly going to get a comeuppance or that Janet Jackson’s husband was heading in some kind of trite down-low direction, but I was too tired. We finished our sodas and left.

The great thing about the ArcLight is that they’ll refund your money if you walk out of a movie, no questions asked. I guess that’s what we pay the extra, like, $5 a ticket for. It’s refund insurance.

In the name of using our vouchers (except not really, because we ended up getting tickets online), we met Pedro and Stephen back at the ArcLight on Sunday to see 127 Hours. My interests are actually more up Tyler Perry’s alley: I like meaty moral questions and human drama. True story or not, there was nothing particularly appealing to me about watching a guy spend five days alone in the desert, trapped beneath a rock, and (barely a spoiler alert-->) chop off his own arm. As I told Jamie this morning, I thought the arc of the movie would go: boring, boring, boring, gory.

But I also knew that Danny Boyle knew what he was up against, and probably wouldn’t have made the movie if he didn’t have some good ideas. Just as Tyler Perry substitutes eight million storylines for actual storytelling ability, Boyle knows his story only has like two plot points, so he better have some kickass internal drama and crazy shots of the interior of an arm. It turns out he does, and the movie is, yes, gory, but good (and a teensy bit schmaltzy at the end, but it’s well earned schmaltz). Never boring. A lovely testament to people who need people.

Early on, James Franco’s daredevil character scampers up some mildly steep rocks. Next to me, I heard AK audibly gasp. She doesn’t even like the stairs at Dodger Stadium, and would never see the point of doing anything other than grocery shopping alone. “I’m the anti-Aron Ralston,” she said. And we all agreed that if any of us had been in his situation, we just would have died, movie over.

***
Speaking of storytelling, Wednesday night I’ll be moderating a panel for the New Short Fiction Series, the long-running series that casts local actors to read shorts by L.A. writers. I’ve been reading the work of the four writers featured, and it’s good stuff. If you’re in the neighborhood, stop by!

*Okay, so I’ve only seen one and a half Tyler Perry movies. If there’s a really good one in there somewhere (I Can Do Bad All by Myself?), let me know.

There isn't a good one in there. And since I have terrible taste in entertainment, my word should carry weight if even I can't cope.

Danny Boyle directed Trainspotting, yes? Saw it for grad school and the harsh was doing me into until there was a fantastical drug-induced sequence.

The arm thing? Yick! Sounds like a Saw movie with less constant terrorizing (that's what I assume from the trailers anyway- would never see one of those). I would much rather watch Magnum trapped under an old crashed plane by himself for a few days or the one where he treads water for 24 hours in the ocean- he makes it sans limb loss, yay!

TL: Your opinion carries much weight. Good to know.

C: Although I haven't seen the Saw movies, my impression is that they're brutal as much because of the sadism (some sicko mastermind forcing people to make horrible, impossible choices) as the gore. 127 Hours is uplifting, life-affirming gore. The ArcLight is $16 on weekends. Talk about sadism.