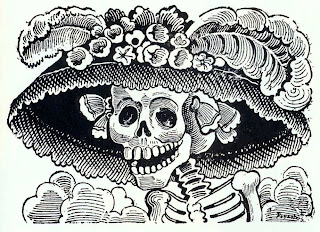 1. even oprah writers get the blues

“Bookstore readings are not what they used to be,” said Susan as we schlepped copies of The Commuters from the parking lot to her classroom. “I had a friend who was one of Oprah’s picks. But once even he showed up at a Barnes & Noble for a reading and there was only one person there. She asked him to hold her dog while she went to the bathroom, and when she came out, she bought a book on pets instead of his novel.”

Even though the bookstore readings I’ve done have been quite lovely, it’s nice to know I’m not the only one who has trouble filling a house sometimes. This is why it’s cathartic to talk to other writers. It’s equally good for the soul, I’ve decided, to visit colleges, which is how I spent the past day and a half.

My first stop was San Diego City College, home of City Works Press, which has basically been my fairy godpublisher. Usually the most writers ask for is an audience of more than three and not too much espresso-machine noise. SDCC delivered two healthy audiences (Hector Martinez’s class, which, okay, was a captive one—but not a single student was sleeping—followed by a community audience), a check (!) and a schwag bag containing two new City Works books and a beautiful calavera* keychain.

“You don’t think the skeleton face is creepy, do you?” worried Virginia Escalante, the hardworking programmer of the week-long San Diego City College International Book Fair.

I wanted to hug her and tell how priceless it is to have such welcoming hosts. But instead I just assured her that the shoes I’d brought to wear the next day were printed with muertos too.

2. susan straight can get more done in a van than most writers could in a month at yaddo

My second SDCC audience included a large section of students who appeared (according to my stereotyping skills) to be fairly recent immigrants from a Muslim country in Africa. I wasn’t sure how my super gay book, packed with pop culture references and geeky California history facts, would go over. Also, there was a student who’d previously introduced himself as John, and I realized that the chapter I was reading from involves a character thinking, “John is a horribly dull name.” I mean, he probably knew that he didn’t have the most exotic name in the world, but I don’t like to insult people’s religious beliefs or their names if I can help it.

But since editing as you read usually doesn’t work (I’ve tried it), I’m trying to make my motto “Own it.”

So I more or less owned it, and John and the African Muslims listened and laughed at the right parts. Then I had a fun dinner with Jesi and Lenise at Crazee Burger, where you can order a kangaroo patty if so inclined, but where I had the portabella burger. We talked about how some grocery stores are full of crazy people and others employ cute boys.

Then I went to sleep and woke up early and drove to UC Riverside, where Susan Straight rivaled the City Works crowd in the awesome niceness department. She’s a living reminder that you don’t have to be part of the (male, East Coast, Ivy League) literary establishment to be a writer, and she’s tireless in reminding her students of this. Part of her strategy is to talk about how she writes in her van while raising three daughters on her own; another part is to invite small-press (female, West Coast, public school) writers like me to talk to her students. Who were so sweet, despite being pounded with fee increases lately. Who asked great questions and were 97 percent awake.

I know this would be a better blog entry if I’d shown up to an empty bookstore and ended up poodle-sitting. But as my month of literary insanity slows down, it’s nice to land at a place of gratitude.


*It is not entirely a coincidence that my novel, which has a bit of a bones/ruins motif, is set in Calaveras County. But I don’t think Virginia knew that. It was just a really cool key chain.

Congratulations on successful readings/appearances! I enjoyed this post (but kangaroo meat?).
I almost bought a pair of those tattered beach canvas slip-ons with muertos dotted over a Pride colors background - I shoulda'!

it was great seeing you and being able to hang out/talk with you. you are a great writer and a beautiful woman. if only i had hair like yours.

you forgot to mention that we discussed my dating life and the existence of beaches in LA. ha!

when i come up to LA at the end of this month, i promise not to bore you with my dating life, instead we shall discuss art, and the artist.

have you seen Watts Towers?

PV: Those shoes might make my eyeballs fall out of my head, but it would be worth it.

J: Oh, dating is an art (one I've never mastered). The Watts Towers are beautiful--definitely a must-see.

Glad to hear the readings went well. Dog-sitting would be a tough break. Still, I'm not sure what to make of readings, y'know? Don't s'pose I've been to a proper one though I've been to book fairs and watched a fair dose of BookTV (CSPAN2?). Anyway, it doesn't mean I don't like to read or listen to authors.

It's the sort of thing I'd rather attend after I'd read the book since I hate spoilers. Also, it's quasi social, something I'm not always in the mood for. I know one doesn't have to ask questions but it's worse to have one and then be stressed about asking it.

All this is to say if you consider the stereotype of people who like to read--shy, introverts--perhaps it's not so surprising that readings aren't more heavily attended. Just a theory.

Also, if NYC weren't as far from me and such a pain in the ass once there, I would've loved to have seen you read.

A lot of people hate readings precisely because they present work in a way other than how it's supposed to be consumed. I mean, you wouldn't go to the ballet to hear a Swan Lake described, would you? You wouldn't read sheet music instead of listening to a band.

So I get it--and I would never encourage people to go to one of mine if readings aren't their thing. Unless they're an immediate relative, in which case they're obligated.

But I like a good reading (bad ones drag, period) precisely because it makes a solitary activity social. I love the solitude of reading, but I also like learning what makes a writer tick and seeing who else reads the stuff I read.