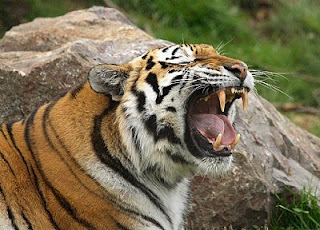 Because chocolate is one of the only things getting me through the day right now and I gave up disposable cups a couple of Lents back, for this Lent I decided to give up saying negative things about myself.

I’m a member of the so-called Self-Esteem Generation, which should mean that I expect constant praise and think I poop gold bricks. But on my bad days you’d think I was raised by a Tiger Mother. You’d think someone told me I was unworthy of affection unless I practiced the violin 12 hours a day. In actuality, my mom told me I was talented and held her tongue when my couch potato summers indicated otherwise. My dad, who’s broken with the Republican party in approximately two elections in his entire life, was an unwitting feminist who made an active goal of raising confident daughters.

But my mom was also a second-guesser extraordinaire with a habit of ruminating on her (nonexistent) fatness, and my dad…well, recently when we saw a framed quote in a restaurant about the follies of perfectionism, he shook his head and said, “That’s silly. Everyone should strive for perfection.” So that’s the mixed bag of confidence and condemnation I’m starting with.

I thought I got my guilt out of my system in college, when I really believed that lying in bed crying about the fact that I might make it to Europe before my parents did would somehow make the world a better place. But recently I’ve referred to myself as a privileged bitch who has no right to feel sad about anything. And multiple people (hello, AK, Keely and therapist) have pointed out how quick I am to make any little par-for-the-course-of-life setback into an indictment of my entire character. (This is something only a true control freak can accomplish. If setback A is caused by me being a bad person, all I have to do to reverse my fortune is become a good person. See? Fate is in my grubby little control freak hands.)

So I’m declaring a moratorium on my morbid-ness. I’m good enough, I’m smart enough, and goshdarnit, people like me. At least that’s the story I’m sticking with until April 23. After that, I’m sure I’ll backslide a bit just like I did in the disposable cups department. But I still start almost every day with my trusty Starbucks mug, and good habits are hard to break entirely.

Sounds like an excellent thing to give up for Lent. Good for you!

The bit about your dad and perfectionism made me laugh. When I was in middle school I saw this sub for my pediatrician whose name I always remember because it's similar to sadist. He harassed me when I said I didn't drink or smoke, which I really didn't. A few stray sips on holidays, are you really gonna be obsessed about that? Apparently he was. Anyway, he told my mom I was a perfectionist. Like it was a bad thing! ;)

He was an asshole who harassed two other people I knew as well, so I don't accept his opinion based on his brief interrogation.

However, attention to detail does come naturally to me, so I am a bit of a perfectionist. My favorite t-shirt says "prefectionist" though so I don't think I'm a totally lost cause. :)

I can so relate. Control freaks unite!

Or not, because then we'd struggle with who is in control.

I think you're pretty awesome. I know that me telling you that doesn't lessen the need for perfectionism but I thought I'd tell ya anyhow.

C: Once I filled out a form for a 10K and the guy I handed it to told me I had the most anal-retentive handwriting he'd ever seen.

S: Well, as long as we were the type of control freaks who turned our controlling impulses inward, we could unite. We'd sit around telling ourselves to be better, and our meetings would always start on time.