books! they're full of useful information! who knew? 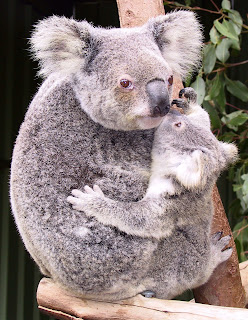 So, I think I've discovered a new use for books. In the many and sometimes tedious conversations I've been involved in surrounding the Future of Books, I've always been a strident advocate for long-form storytelling while maintaining a careful anti-Luddite stance. Of course the technology will change. The point is what you consume, not how.

But in forming this view, I've mostly considered fiction. When it comes to fiction, I want a whole, literary experience. I'm much less fussy about nonfiction: Give me half a New Yorker article, a top-of-the-hour NPR headline or a fact gleaned from any website that's not teeming with bad grammar and pop-up ads, and I'm happy.

Lately, though, the latter has been giving me problems. I mean, I know the internet is full of alarming half-truths that will make you crazy. This is not news to anyone. But the internet is also strangely finite in its infinity. You can find 752 telling you about the mating habits of koalas, and they will all tell you that koalas breed between December and March, and that their babies are called joeys, but they inevitably won't tell you the one thing you want to know. They will be consistently inconsistent about some other point of mild controversy, and finally they will tell you something you didn't want to know ("the mother produces a special faeces from her anus called 'Pap' which the joey licks from her fur").

This--the imperfection of infinite information, not the pap thing--is probably not news to anyone but me. But this is where books come in! After an unfortunate and uninformative Google binge, I picked up a book that I'd been ignoring a long time because it seemed long and overwhelming, and what's the point (if you are OCD like me) of reading less than a whole book? So instead of consulting a 460-page book, I'd been consulting the gazillion-page internet, which was like reading the first page of a thousand books.

But finally I was like, I'm just going to read a few chapters. Lo and behold, the information was well reasoned, relatively unbiased, backed up with footnotes referencing scientific, peer-reviewed studies and presented in a manner that didn't have that all-too-common internet undercurrent of "Aaaah! We're all going to die!" And there were no user comments that said, in less subtle terms, "Aaaah! We're all going to die!" Books: I think I'm onto something here.

"Long and overwhelming" . . . yes, this is why so many books take up temporary residence in the drawer next to The Throne - because it gives me permission to take the reading in very small bites.
I'm always a little amazed at how many books I am able to finish reading this way.
Now to find a similar approach to my own writing!

You can write a book in very small bites too. :-)