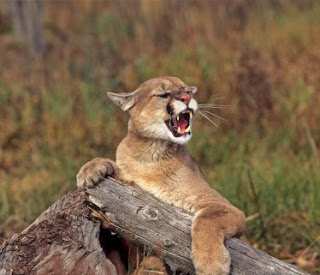 The other day, AK and I had one of our favorite kinds of conversations, where we answer the sort of theoretical questions you might find in the Ungame and make lists of our favorite things. The topic this particular day was: What issue are you most conservative about, and where are you a big lefty? (We’re both solid Obama supporters and everything, but bristle at any kind of knee-jerkiness, so I think we pride ourselves on having one or two unpredictable views.)

AK decided she leaned conservative on budget stuff and uber-liberal on transportation issues. I concluded that my basic distrust of the average voter’s ability to make good decisions was kind of conservative (“Well,” said AK, “that either makes you a fascist or a communist”).

I have leftist ideas that will never in a million years get implemented when it comes to:
“The thing is, I don’t actually think people are superior to animals or should have more rights,” I explained. “If a building were on fire and a person and a cat were trapped inside, yeah, I’d rescue the person, but that’s just because I’m a person myself. That decision would be completely subjective. Intellectually, I feel equally about them.”

(Actually, it depends who the person was and who the cat was. George W. vs. any member of Team Gato? You know who I’m gonna choose.)

But as always, The Onion has put it more eloquently: http://www.theonion.com/content/news/brave_mountain_lion_fends_off.

What about all of you? Where do your inner red and blue states lie?

I am completely liberal about drugs and prostitution. I not only believe they should be decriminalized, I believe the government should have departments that monitor the safe use of both. (Though this does not mean I'm much into either. I just think since people do these sort of things, just accept them, make them as safe as possible.)

I am pretty right on affirmative action. I don't think anyone should get an extra fair shake because of their anything. (Though, I do believe poor people who get into college should have it paid for...Harvard and Princeton, I think it's Princeton, are already doing this, perhaps others will follow)

i think people are stupid. what agent smith says to morpheus pretty much sums it up for me. i would rescue the cat.

and i am incredibly annoyed that the state of CA takes out $1000 per month of my paycheck. i would be so much less poorer, i could prolly be able to buy a condo with that money. bastards. couldn't they at least just give me $500 of it, after all i worked for it. even tho that pisses me off i do think taxes are unavoidable.

and i'm a leftist when it comes to marriage, pot, prostituition, and affirmative action, again i don't trust people, if it were up to us we would just hire people who look like us and think like us.

I'm a big left in my belief in paying taxes. It's how we build and run schools, roads, fire departments, state parks, health care for poor families, community colleges, and the Metro rail system. I'll take that over a condo any day.

I also think marriage needs to be restructured, or changed drastically enough to have to rename it, even.
The current systems of marriage don't seem to be working out for many couples, but that may be because we're in L.A.?

With you on the marriage thing, although if you want to do such a religious ceremony, great, it just shouldn't have a legal meaning.

Look at all the mild controversy I've provoked! I'm excited because I think Bread and Bread readers would probably agree on 94 percent of the issues, so it's fun to stir some shit up in that remaining seven percent.