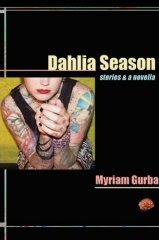 1. saint paul kept his pants on (or did he? I don’t really know the bible)

I was listening to NPR the other day and Joe Eszterhas (Basic Instinct, Showgirls) was telling the interviewer about how he got throat cancer and had to give up drinking and smoking, which, he said, “were so intimately linked to writing for me. I’d sip coffee laced with bourbon while I wrote.”

So he was miserable and desperate and then he found Jesus and now he can write again, and is working on a screenplay about Saint Paul instead of about girls who show their boobs, I guess.

There but for the grace of overprotective parents and D.A.R.E. (seriously, that shit freaked me out) go I. Because I have a fairly addictive personality, and my writing routine seems to be intimately linked with my caffeine intake. In trying to avoid consuming overworked teacher/nightshift worker/first-year medical resident amounts of coffee, I’ve found myself sitting down with decaf a few times recently, and the result has been extremely lackluster. Like, to the point where I go home and coax AK into telling me she thinks I’m talented, which is not one of my more attractive behaviors.

Then I heard Joe Eszterhas and I confessed my new worry—that I might not just be untalented, but also an addict.

“And you already go to church, so I guess you’re out of luck. There’s no other way for your writing to be saved,” said AK. She didn’t seem quite as concerned as I was.

The next day I skipped caffeine in the morning and had a big Diet Coke while I wrote in the evening. Two buzzed hours later, I had a revised first chapter I was convinced finally hit the right tone.

Or at least, a new rule for myself: caffeine only while writing unless it’s a matter of falling asleep at the wheel somewhere on the 10. I like this idea because I’m also kind of addicted to making rules for myself. Hopefully I’ll be a high-functioning addict.

Speaking of the writing process and how not-easy it is, I loved Andrea Seigel’s post about Lauren Conrad’s foray into both dress designing and YA book writing: http://andreaseigel.typepad.com/afternoon/2008/09/the-kids-are-alright.html. It sums up celebrity culture without being all bitter, which Andrea doesn’t have to be because she just scored a very lovely and well-deserved book deal.

And speaking of sort of fucked-up mental states, I’m also enjoying Myriam Gurba’s Dahlia Season, which is, in part, the story of a goth baby dyke with undiagnosed OCD. Some of my favorite passages are when she’s constantly smearing astringent on her face to avoid “catching” acne from her zitty friend, but of course it totally dries out her skin and makes it look way worse than a few pimples would.

That’s the weirdness of OCD that people who think it’s just about hating germs or checking locks don’t get: It’s an act of constant self-sabotage. For me it was an obsession with neatness that resulted in a meticulously organized closet and giant piles of junk in the middle of my room; and making so many attempts to get my handwriting perfect that every paper I turned in was heavy with mountains of Wite-Out.

Now I’m all about placing my mouth on the same part of the cup each time I take a sip of…coffee…so I don’t make multiple lip prints. You’d think this might distract from my writing, but nope, it’s all part of the magical, inelegant process.

Is being a writer, by nature, an O.C.D. thing? Perhaps. To have to control existence/ideas by putting them down on the page...
I often think a better use of my time would be to sing and dance as is necessary. But alas, I have O.C.D., and when I'm not writing, I'm organizing absolutely everything so there's not so much time for that.

There is some kind of disease where people dance uncontrollably: http://en.wikipedia.org/wiki/Dancing_mania. It sounds kind of awesome, but also scary because it's a type of mass hysteria, and mass hysteria is also what causes people to think they should buy houses they can't afford and bomb countries that don't have bombs.

Omg, are you and AK always recreating that scene in 'Beaches,' the one in the laundromat where they're playing gin, and La Midler is bugging Miss Hershey to reassure her that she's truly talented?
GAWD, butt I'm gay!

you write for the love of writing, not caffeine. and you are a great writer without the caffeine, because if that were true i'd be snorting the stuff. haha! and if addiction were the key to better writing than jim morrison would be poetry's god. btw, his poetry sux major ass!

and please please do not become a jesus freak. there are better gods out there. like zeus! and def. ganesha, he's a man with an elephant head, how awesome is that?

PV: Uh-oh, maybe we are...I don't know if AK's life aspiration is to be the wind beneath my wing....

J: Thanks for the encouragement--you are a sweetheart. There are some people with elephant heads in the project I'm working on now, so maybe I am subconsciously a Hindu.

I like coffee, and I don't think there is anything wrong with that. At some point I read an article in the Sun that argued that addiction itself is not a problem (you can be addicted to endorphins produced by exercise, for pete's sake) so we'd better define harmful addictions more carefully. The doctor made him give up drinking and smoking, right? Un-bourbonated coffee would presumably have been ok?

Any way you look at it, though, I'll defend coffee. Coffee makes me cheerful in the mornings and thereby allows me to remain employed.

And I have scientific proof of its goodness! I quit for three months earlier this year, and while I felt fine, I missed the flavor, the warmth and the perkiness. I experienced no pleasant side effects with uncaffeinatedness, so I went back to caffeine with relish.