We’re sitting in a little pub across from our hotel—meaning a townie pub off the main drag—called The Bear. There’s a polar bear on the roof. I’m drinking a Guinness and, theoretically at least, watching the final game of the World Cup. I feel terribly cosmopolitan. There are English flags strung around the room and a big American flag with a sign taped to it that says “No Chance.” What I like about pubs is, even during the final game of the World Cup, they’re quiet and well-lit. I am a nerd. 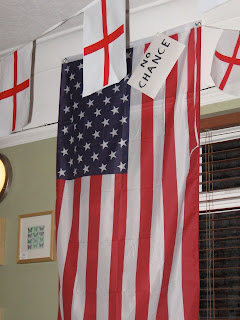 Today was our most relaxed day yet, which probably had a lot to do with spending two hours of it on a purple shuttle bus to and from Stonehenge. It’s good to have a leader. It’s good to sit.

Cathy warned us that Stonehenge would be small and crowded. It was small and crowded. I’d only come along in the spirit of family togetherness, but when I got there, I was nevertheless like, “This is bullshit.” Then I listened to my little headset and got kind of into the…

…different myths of how and why Stonehenge came to be. I mean, it’s really fuckin’ old. Think of the oldest thing you can think of, and Stonehenge was already an ancient ruin when it started. 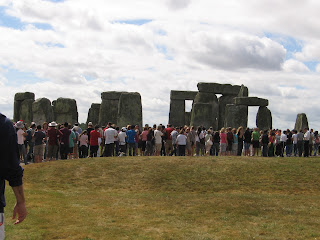 After lunch we split up and my dad and I…

[My sister: “They should make the goal bigger so the kicks don’t get blocked so easily.”]

The museum was devoted to everyday people doing everyday things. You know, like mining limestone and bottling mineral water. The woman who ran it was very smart and serious. I felt like she disapproved of the bachelorette activities going on at the bottom of the hill. 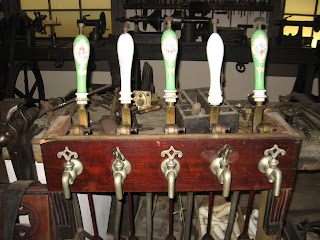 My dad had a lot of questions about the limestone and street pavers. One of his great hobbies is figuring out how old cement is. (“Oh, wow, you found a cement museum,” my sister said to me sympathetically, imagining how many days he could spend there.) But cobblestone throws him off.

I remember Dave of Blogography saying you have to pay extra and make reservations way in advance to see Stonehenge up close and with less people. Kind of takes the mystery out when it's swarmed... well, speaking as someone always patiently waiting for people to get the frak out of my frame. (Mom says you need them for scale. Whatevs. ;)

I like 1 on 1 time with my Dad too. Reminds me neither of us is really all that quiet, Mom just talks a lot.