This is not just my dad’s first trip abroad—it’s apparently the first time he’s even flown for a vacation. On one hand, that makes me feel tender toward him: He’s basically a working-class kid who’s finally treating himself to an adventure. On the other hand, it makes me so nervous—for his safety and enjoyment and for everybody else’s. Whereas other people might be really quiet and deferential in unfamiliar environments, I think my dad gets extra opinionated. He did let us navigate the Tube today, and he let AK and I pay for dinner, so I think that’s progress. 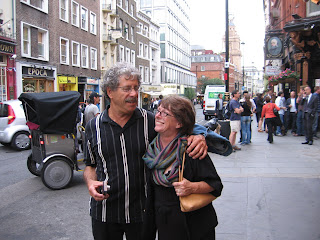 In the morning, before my family arrived, AK and I went to the Tate Modern. I got most into the photography, arguably the least modern thing there—August Sander’s portraits and a bunch of people inspired by him. I know that a lot of sculptors and installation artists and abstract expressionists want to sort of break down the fourth wall and make the viewer aware of their role in the piece. But what I become aware of is the fact that I’m standing in a museum, feeling cool for being the kind of person who goes to museums. When there is some kind of narrative in some kind of box, a photo or painting, I can lose myself. August Sander’s photos are so penetrating and undeniable. You can’t just glance at them. 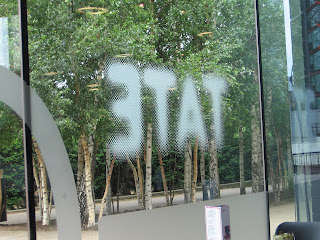 My family arrived this afternoon, looking staggeringly exhausted. We ate dinner at an Indian restaurant called Teza. The great thing about my dad is that he’s easily impressed by food. I mean, the saag paneer and onion pilaf were really good, but he was also impressed by the chicken sandwich I got from the grocery store across the street.

We jammed across town to make Enron at the Noel Coward Theatre. It was an odd play, billed as a musical, but without any real numbers. Once I surrendered to the fact that it was more of a play with a couple of nineties songs and a choral recitation of a ticker tape feed—and once I had a Diet Coke and woke up a little—I started liking it more. It was sort of a staged episode of Planet Money, but the actor who played Jeffrey Skilling did a great job of portraying a candid liar, a sincere thief, and he ended with a really moving speech about how living inside a bubble of delusion is what enables life to progress in all the good and bad ways it progresses. 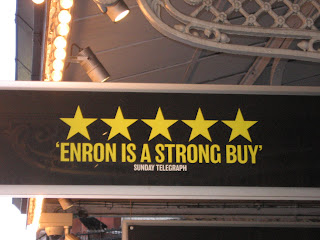 I feel cool just for being the kind of person that reads your cool blog. I am loving the travel entries that I have read so far!