After saying farewell to my family, AK and I had a blessedly smooth train ride back to London. If, before, we were one of those lumbering dinosaurs with an extra brain in its tail, now we were a quick, savvy hawk.

But once the thrill of being on our own subsided, we crashed and took an hour-and-a-half nap. When we were mildly re-energized, she indulged my desire to go to Ruislip, the area of London where my dad’s mom apparently lived a little later in her childhood. We also wanted good, classic fish and chips for dinner, so we Googled Ruislip fish restaurants. 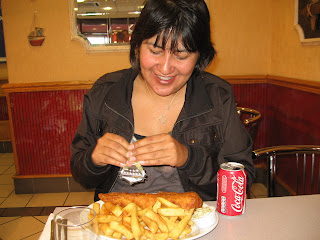 “I’m basically having us drive out to Van Nuys for pizza,” I said. But she was a good sport.

The fish at Aquarius was creamy and crispy and fresh, even if the tartar sauce was just another mayonnaise product. We ate until we couldn’t. Then we walked around Ruislip a little more. The blocks we saw were pretty standard-issue suburban, with rows of houses that looked like they were built in the fifties or sixties, just more English-y than I’m used to. 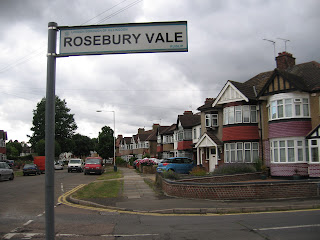 We finished the day at Retro Bar, a sort-of-gay bar in the theater district, where a very nice bartender made us very abysmal mojitos, and we talked to two Australian guys who said that Manchester has the real gay scene. Maybe on our next trip. 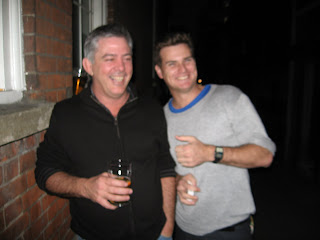 Yeah, probably a bad idea. The bartender didn't know what was in them, so we were like, "Um, rum, sugar, mint, lime? Maybe some other stuff?" And he pulled together a concoction that involved carbonated lemonade.